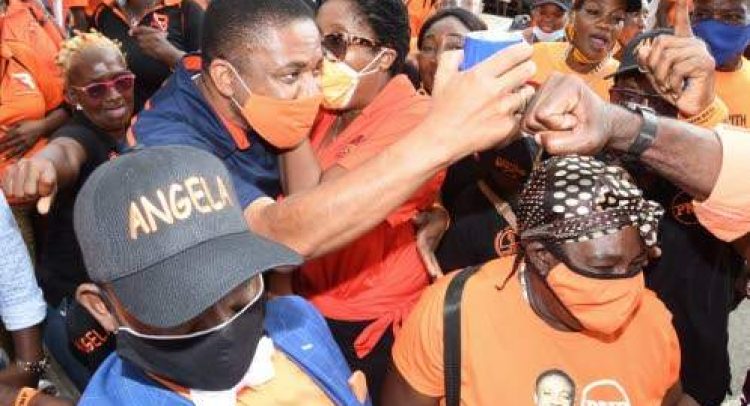 Newly elected chairman of the People’s National Party (PNP) Phillip Paulwell says his first day in office in his new post will be spent “charting out a plan to unite all the Comrades into one again”.

Speaking with the Jamaica Observer at the end of yesterday’s voting exercise by members of the party’s powerful National Executive Council (NEC) to fill the posts of chairman and general secretary, Paulwell said the party needed to quickly divorce itself from the bitterness and infighting which have left it fractured and limping.

“I think we have to ensure that the process that the leader put in place for a unity team — which has been established — to get on with that work. There has to be some kind of truth and reconciliation amongst us for all of the hurt and pain, but we need to move beyond that very quickly. That is my first order of business tomorrow [today],” he told the Observer.

Commenting on the state of the party’s on-the-ground machinery, he conceded, “It is clear that our organisation has broken down, that we now need to engage in more training of our people. We need to build back our cadres, we need to re-establish proper organisations, our groups and political constituency committees at the ground level, and we have to do that quickly because we do have local government elections coming up.”

“That is priority one tomorrow [today]. We are going to start with the new general secretary to get the organisational structure back in tip-top shape,” he said optimistically.

In the meantime, Paulwell addressed sentiments that his election as chairman was a step down from the position of vice-president of the party which he held prior.

“I ran for this post, it is a post that I believe is a national post,” he said. “When you are a vice-president you are assigned to particular regions, so it’s not viewed as a national position, and probably in the future we need to reform it, but as chairman of the party there is no doubt that that is a national position and I really want to use the position to achieve those objectives I have spoken about to bring our party together. That is priority one, two, and three.”

Paulwell secured 153 votes to beat Angela Brown Burke, who received 133 votes for the chairmanship, while Dr Dayton Campbell attracted 148 votes to win the post of general secretary over Raymond Pryce, who got 139 votes.

A total 288 of the just over 300 delegates turned out and voted in the elections yesterday.

Speaking with the media after the vote, Brown Burke said she was proud of her performance in that race as it spoke to the fact that individuals knew her “worth and work”.

“I came up 20 votes short; it’s over, it’s done, the count has been made. I lost by 20 votes and that’s what it is. I will always do my part,” Brown Burke said, noting that she carried no bitterness.

Of Campbell, she said, “I know he will do a very good job.”

Main Photo: Member of Parliament for Kingston Eastern and Port Royal Phillip Paulwell is congratulated by his supporters after being elected chairman of the People’s National Party (PNP) at the party’s National Executive Council meeting at Jamaica College in St Andrew yesterday. Among those congratulating Paulwell is Angela Brown Burke, who also contested for the chairmanship. (Photo: Naphtali Junior)