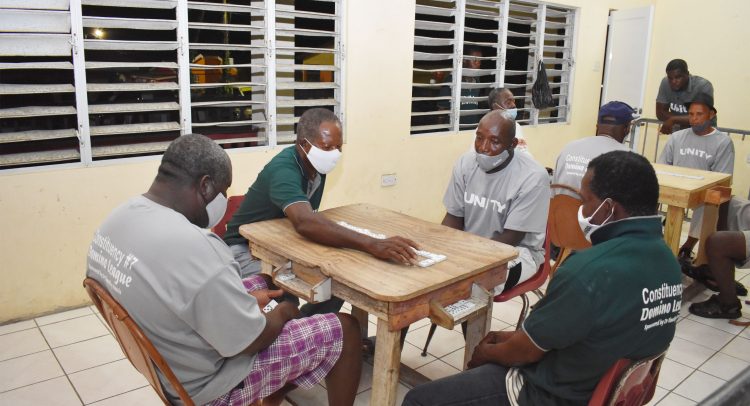 All that changed as Unity got badly beaten, and Molineux handsomely won a game. Molineux were at the bottom of the points table, but after that win they are now one rung up the ladder and hold the second to last position.

Lodge Domino Club also former champions of Constituency Number Seven Domino League, who were playing at the same venue as their counterparts Unity, were in no compromising mood as they dispatched Saddlers Domino Club 13-3.

Tabernacle Domino Club added misery to the defending champions Parsons Domino Club’s attempt at retaining the title this year when they beat them 13-7 in a game played at the Tabernacle Police Station. Mansion Domino Club beat Christchurch Domino Club 13-6 at the same venue.

Games continue on Thursday September 10 with the fifth segment of play in the second round of the 25th edition of Constituency Number Seven Dr the Hon Timothy Harris Domino League taking place at three venues – Tabernacle Police Station, Edgar Gilbert Sporting Complex pavilion in Molineux, and the Lodge Community Centre in Lodge Project. All games start at 7:00 pm.

Lodge Community Centre will host the Giants vs. Small Corner Bar, Saddlers vs. Unity and Guinness vs. Sylvers games; Edgar Gilbert Sporting Complex pavilion will be the venue for the Phillips vs. Lodge and Molineux vs. Unstoppable games; while Tabernacle Police Station will host games involving Mansion vs. Tabernacle and Christchurch vs. Parsons.