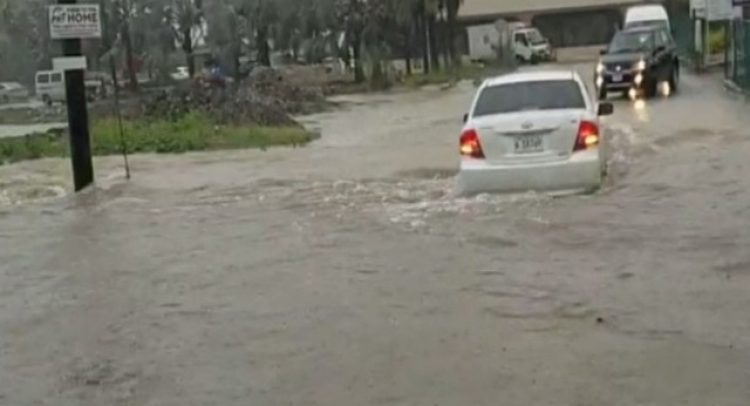 No money there to fix roads in Antigua

Basseterre, St. Kitts, 16th November, 2020 (MyVue News.com)– While the people of St. Kitts have been enjoying the new road networks being created, as the Government speeds ahead to complete its Island Main Road resurfacing project, residents in the neighbouring island of Antigua are being told not to expect any repairs to their much damaged roads, any time soon.

Since the recent heavy rains that visited most of the Eastern Caribbean last week, Antigua’s Prime Minister, Gaston Browne, is reported to have cautioned his countrymen that no relief is coming soon.

The Prime Minister has made it clear that the money simply is not there, though he said he is trying to raise, up to $20 million for remedial work.

Browne explained that the financial squeeze for his country has been worsened by the current COVID-19 pandemic and the difficulty in attracting aid, given the categorization of the country, as one that no longer qualifies for certain types of international aid because of its high per capita income.

Some reports put the price tag as high as $168 million to fix the damaged bridges and roads and highways that were ripped apart by the heavy rainfall.

Browne said they don’t have that type of money right now and living with the bad roads, is a reality and experience that Antiguans would have to endure.

Like Antigua, St. Kitts too had its challenges from the rainfall for most of last week, but especially on Monday and Tuesday. At least one house partially collapsed following a landslide and ghauts around the island were running to such an extent that it slowed the movement of vehicles.

The bad weather also slowed, but did not present any serious challenge, to the major resurfacing of the city roads in Basseterre.

And this infrastructural improvement has been ongoing in the midst of the Coronavirus crisis.

One difference though, is that Kittitians were still able to benefit from over $120 million in stimulus assistance offered by the government.

And next month, the government has paved the way for two days of further relief, when the rate payable on the Value Added tax will be reduced from 17% to 5%, to help encourage consumer spending.