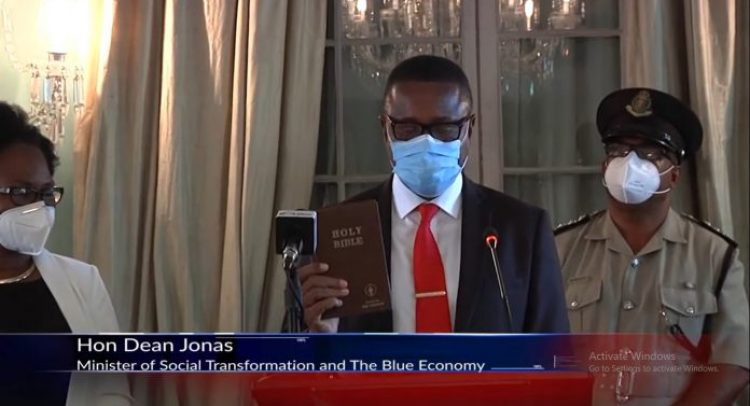 George Wehner, Mobilization Officer of the United Progressive Party (UPP), is calling on Prime Minister Gaston Browne to reconsider the reappointment of Dean Jonas to a new post, Minster of Social Transformation and the Blue Economy.

In January of this year, Jonas was relieved of his position as Minister of Agriculture, Fisheries and Barbuda Affairs after what was termed as a toxic environment between him and his ministry and farmers; however, he was reappointed to the Cabinet two weeks ago Wehner recalls a number of incidents as reasons why Jonas is not fit to hold any ministerial position.

These include an incident in Barbuda, following Hurricane Irma, in which he called law-enforcement officers on Council Members and citizens for standing up for their rights.

Wehner says that Jonas’ performance as Minister of Agriculture is a cautionary tale of what is to come under his new portfolio.

The UPP Mobilization Officer says that Jonas’ poor showing is evident not only in his former ministry, but at the constituency level, as well.