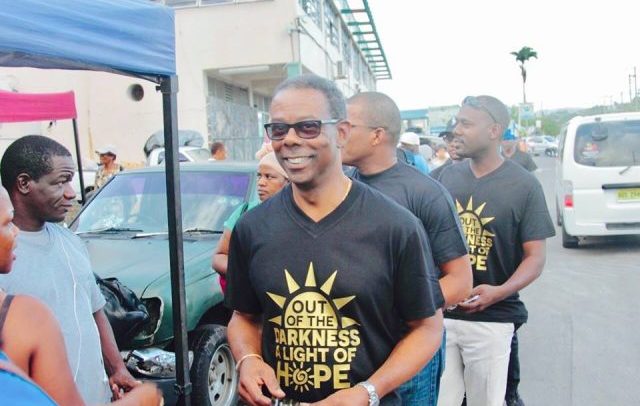 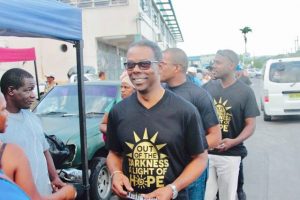 The leader of the main opposition United progressive Party (UPP), Harold Lovell, says Thursday’s demonstration should not be regarded as a political rally even as he urged nationals to participate in the “United March for Justice”.

“We are asking persons to wear white. That is because this is not a UPP march. We are not going out there to seek votes for the United Progressive Party,” he said, noting that government institutions were “failing” the population and the demonstration on Thursday would serve as a ‘wakeup call’.

relationship between the government of Antigua and Barbuda and PV Energy” and the role played by the former investment and trade minister Asot Michael.

Michael, who resigned last month, had been implicated among Caribbean politicians who allegedly received bribes from a British investor.

Michael has denied the accusation that unfolded in a British High Court in May in a matter involving Peter Virdee, whose telephone conversations with his business partner, Dieter Trutschler, in 2016, had been recorded by German authorities.

According to the transcript of the document revealed in the High Court, Virdee alleges that Michael had asked him for two million dollars as well as to buy a car for his mother..

The Chief of Staff in the Prime Minister’s Office Lionel “Max” Hurst has dismissed the protest, telling radio listeners “they (UPP) are attempting to make themselves relevant…their march is nothing more than to see if they can drum up some support,” Hurst said, making reference to the last general election where the UPP was only able to win one of the 17 seats in Parliament.

“They can’t point to any scandal or corruption,” Hurst said, noting that any attempt to link the former investment minister should be discarded as the Gaston Browne administration had long distanced itself from his activities.

“It is public knowledge and he suffered severely as a result of that. His political career is almost at an end,” he added.

But Lovell said that he was determined the get the issues being raised addressed by the relevant authorities and hinted at the possibility of civil disobedience in the future.

“If despite these efforts the government remains deaf and dumb…then I have to put on record my willingness to call on the people of Antigua and Barbuda to engage in civil disobedience if we have to when all else fails”.