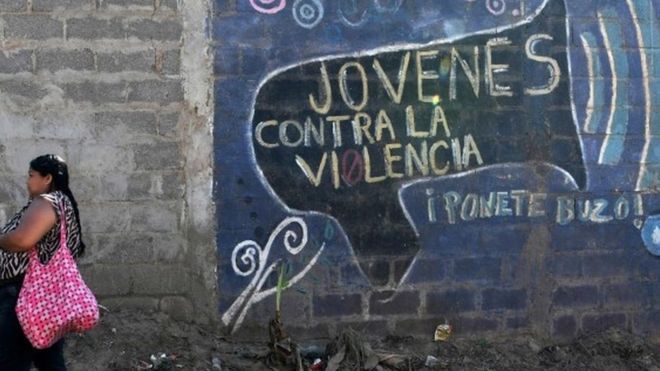 The US attorney general has ruled that victims of domestic abuse and gang violence should no longer generally qualify for asylum in the US.

Jeff Sessions’ ruling overturns a 2016 decision which granted asylum to a woman from El Salvador who had been raped and abused by her husband.

Activists criticised the move, saying it will affect tens of thousands.

Mr Sessions has said he has a “zero tolerance” stance toward illegal immigration on the country’s border.

“Generally, claims by aliens pertaining to domestic violence or gang violence perpetrated by non-governmental actors will not qualify for asylum,” Mr Sessions wrote in his 31-page ruling released on Monday.

“The mere fact that a country may have problems effectively policing certain crimes – such as domestic violence or gang violence – or that certain populations are more likely to be victims of crime, cannot itself establish an asylum claim.”

How did the ruling come about?

The unnamed woman – known in court documents as A-B – entered the US illegally in 2014, and requested asylum on the basis her former spouse had repeatedly abused her “emotionally, physically and sexually”.

US and international law currently say that people can seek asylum if they fear persecution at home on the basis of their race, political opinion, nationality, religion or because they belong to a particular social group.

The US Board of Immigration Appeals found in 2016 that the woman qualified under the “particular social group” definition, but Mr Sessions overturned the finding on Monday.

“The asylum statute does not provide redress for all misfortune,” he said, adding that the woman was a victim of “private criminal activity” rather than state-sponsored persecution.

“Asylum was never meant to alleviate all problems, even all serious problems, that people face every day all over the world,” the attorney general said in advance of his ruling.