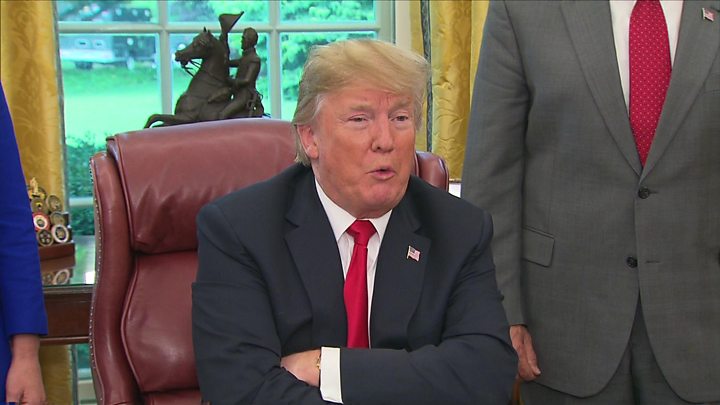 US battle moves to Congress The US political battle over migrant children separated from parents has shifted to Congress, after Donald Trump signed an order to halt the policy.

The House of Representatives will vote on broader immigration bills that would fund President Trump’s proposed border wall and reduce legal migration.

But Democrats oppose the measures and it is uncertain they will pass.

The Republican president’s executive order calls for the families to be detained together while their cases are considered.

But the fate of families already separated by the policy is not clear.

At least 2,300 children have been taken from more than 2,200 parents since 5 May, according to US immigration officials.

What is in the legislation?

Mr Trump has previously said it was up to Congress to resolve the issue, in combination with tougher immigration regulations.

One of the House bills is a compromise between conservatives and moderates. It includes funding for a border wall, along with a pathway to citizenship for the Dreamers – immigrants brought illegally into the US as children.

With no Democratic support for the measures, White House officials have been seeking to drum up support among Republicans, many of whom are wavering or openly opposed.

Meanwhile, the Senate is working on a narrower compromise bill focusing on the family separations.

Barbados: Gov’t seek to access over $200 million in loans available from IDB