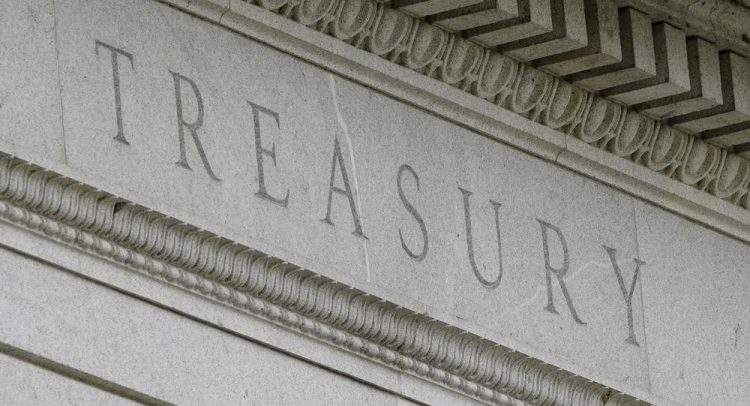 WASHINGTON (AP) — The U.S. budget deficit rose to $2.71 trillion through August, on track to be the second largest shortfall in history due to trillions of dollars in COVID relief.

In its monthly budget report, the Treasury Department said Monday that the deficit for the first 11 months of this budget year is 9.9% less than the imbalance during the same period last year.

For the entire budget year, which ends Sept. 30, the Congressional Budget Office is forecasting a deficit of $3 trillion, which would be just below the record deficit of $3.13 trillion set last year.

Last year’s deficit was more than double the previous record of $1.4 trillion set in 2009 during the Obama administration, when the government was spending heavily to combat the deep recession after the 2008 financial crisis.

For the first 11 months of this budget year, government revenues totaled $3.39 trillion. That marks a healthy increase of 17.7% from last year, fueled by the economic rebound from the COVID-induced recession that allowed millions of people to go back to work, boosting individual incomes and corporate profits.

Government spending was up a slower 4% to $6.21 trillion. The outlays for both this year and last reflect the trillions of dollars spent to keep the economy from falling into a prolonged recession by providing individual support payments, enhanced unemployment benefits and billions of dollars in forgivable loans to small businesses.

For August, the deficit totaled $170.6 billion, down 14.7% from August 2020 when the deficit hit $200 billion. The difference resulted from the winding down of a number of relief programs introduced since March 2020.

The August deficit report is not expected to materially alter the forecasts of when Treasury Secretary Janet Yellen will run out of maneuvering room to keep the government defaulting on its obligations for the first time in history.

In a letter to congressional leaders last week, Yellen said she expects to exhaust next month the available “extraordinary measures” used to prevent the U.S. from hitting the government’s borrowing limit. The measures mainly involve draining federal employee pension funds to clear room for more borrowing until Congress either raises the current $2.84 trillion limit or suspends the limit.

The debt limit went back into effect on Aug. 1 after being suspended for two years. The need to deal with the debt limit is enmeshed in three other major pending spending decisions: the need to pass a stop-gap funding bill once the new budget year starts Oct. 1, and action on two massive infrastructure bills making their way through Congress.

FILE – This May 4, 2021 file photo shows the Treasury Building in Washington. The U.S. budget deficit rose to $2.71 trillion through August, on track to be the second largest in history due to trillions of dollars in COVID relief. In its monthly budget report, the Treasury Department said Monday, Sept. 13, that the deficit for the first 11 months of this budget year is 9.9% less than the imbalance during the same period last year. (AP Photo/Patrick Semansky, file)