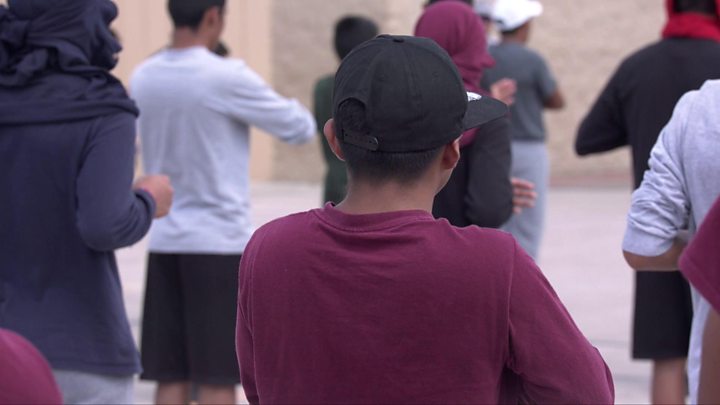 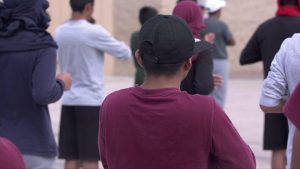 The former US First Lady Laura Bush has condemned a controversial policy that splits up families who illegally enter the country at the Mexican border.

Writing in the Washington Post newspaper, she describes the separation of children from their parents as cruel, immoral and heart-breaking.

Mrs Trump “hates to see children separated from their families”, her spokeswoman said.She repeated her husband’s call for “both sides” to work on immigration reform as a solution. However, fact-checkers point out that the policy was introduced by Mr Trump’s attorney general and does not require congressional action to be stopped.

In a recent six-week period there were nearly 2,000 family separations following a crackdown on illegal border crossings.

Adults who try to cross the border outside of official entry points – many planning to seek asylum – are placed in custody and face criminal prosecution for illegal entry.

As a result, hundreds of children and babies are now being housed in detention centres, including warehouses and converted supermarkets, and kept away from their parents.

Laura Bush, wife of the former Republican President George W Bush and a Texas resident, launched an outspoken attack on the policy.

“This zero-tolerance policy is cruel. It is immoral. And it breaks my heart,” she wrote in the Washington Post.

“Our government should not be in the business of warehousing children in converted box stores or making plans to place them in tent cities in the desert.”

“These images are eerily reminiscent of the Japanese American internment camps of World War Two, now considered to have been one of the most shameful episodes in US history,” she added.

Earlier Mrs Trump said she “hates to see children separated from their families and hopes both sides of the aisle [Republicans and Democrats in Congress] can finally come together to achieve successful immigration reform”.

The first ladies’ comments come amid growing alarm over the impact of the policy.

On Monday, UN human rights chief Zeid Ra’ad al-Hussein called on the US to end what he called its “unconscionable” strategy of forced separations.

Earlier Department of Homeland Security Secretary Kirstjen Nielsen defended her agency’s role at the border, saying: “We do not have a policy of separating families at the border. Period.”

But she said authorities would remove children if the parent they were travelling with had broken the law.

PM weighs in on US visitor early release; says other prisoners may deserve release too