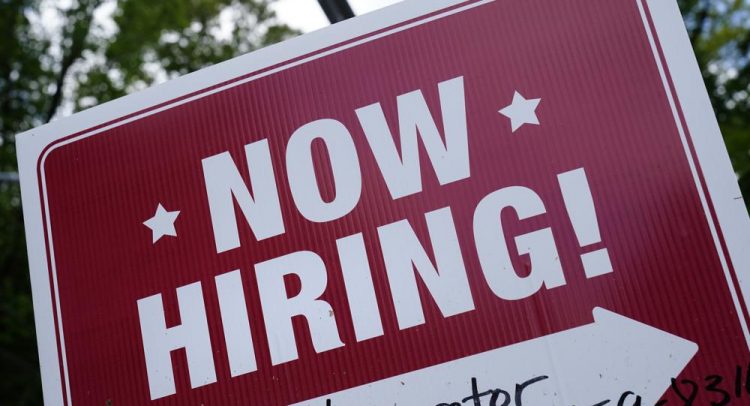 US economy shrank by 1.4% in Q1 but consumers kept spending

WASHINGTON (AP) — The U.S. economy shrank last quarter for the first time since the pandemic recession struck two years ago, contracting at a 1.4% annual rate, but consumers and businesses kept spending in a sign of underlying resilience.

The weak showing does not mean a recession is likely in the coming months. Most economists expect a rebound in the April-June quarter as solid hiring and wage gains sustain growth.

Instead, the steady spending by households and companies suggests that the economy will likely keep expanding this year even though the Federal Reserve plans to raise rates aggressively to fight the inflation surge. The first quarter’s growth was hampered mainly by a slower restocking of goods in stores and warehouses and by a sharp drop in exports.

The Commerce Department’s estimate Thursday of the first quarter’s gross domestic product — the nation’s total output of goods and services — fell far below the 6.9% annual growth in the fourth quarter of 2021. And for 2021 as a whole, the economy grew 5.7%, the highest calendar-year expansion since 1984.

U.S. gross domestic product shrank at an annual rate of 1.4% in the first quarter of 2022, hindered by a drop in exports and slower restocking of goods in stores, according to Commerce Department estimates. It is the first economic contraction since the coronavirus pandemic began.

The economy is facing a range of pressures that have heightened worries about its fundamental health and raised concerns about a possible recession next year. Inflation is squeezing households as gas and food prices spike, borrowing costs mount and the global economy is rattled by Russia’s invasion of Ukraine and China’s COVID-19 lockdowns.

To some extent, the first quarter’s weak showing also reflected a slowdown from last year’s robust rebound from the pandemic, which was fueled in part by vast government aid and ultra-low interest rates. With stimulus checks and other government supports having ended, consumer spending has slowed from its blistering pace in the first half of last year.

A broader global slowdown is also expected this year, according to estimates last week by the International Monetary Fund. The 190-nation lending organization now foresees the disruptions of the Ukraine war and COVID slowing global growth to 3.6% this year from 6.1% last year.

Still, the U.S. job market — the most important pillar of the economy — remains robust. The number of people receiving unemployment benefits, a proxy for layoffs, fell to the lowest level since 1970. And in the January-March quarter, businesses and consumers increased their spending at a 3.7% annual rate after adjusting for inflation.

Economists consider that trend a better gauge than overall GDP of the economy’s underlying strength. Most analysts expect the steady pace of spending to sustain the economy’s growth, though the outlook remains highly uncertain.

Last quarter’s slowdown followed vigorous growth in the final quarter of 2021, driven by a surge in inventories as companies restocked in anticipation of holiday season spending.

Imports surged nearly 20% in the January-March quarter as businesses and consumers bought more goods from abroad while U.S. exports fell nearly 6%. That disparity widened the trade deficit and subtracted 3.2 percentage points from the quarter’s growth.

The weakness of the economy’s overall growth rate contrasts with the vitality of the job market. At 3.6%, the unemployment rate is nearly back to the half-century low it reached just before the pandemic. Layoffs have reached historically low levels as employers, plagued by labor shortages, have held tightly onto their workers.

Wages are rising steadily as companies compete to attract and retain workers, a trend that has helped maintain consumers’ ability to spend. At the same time, though, that spending has helped fuel inflation, which reached 8.5% in March compared with 12 months earlier.

Fed Chair Jerome Powell has signaled a rapid series of rate increases to combat higher prices. The Fed is set to raise its key short-term rate by a half-percentage point next week, the first hike that large since 2000. At least two more half-point increases – twice the more typical quarter-point hike — are expected at subsequent Fed meetings. They would amount to one of the fastest series of Fed rate hikes in decades.

Powell is betting that with job openings at near-record levels, consumer spending healthy and unemployment unusually low, the Fed can slow the economy enough to tame inflation without causing a recession. Yet most economists are skeptical that the Fed can achieve that goal with inflation as high as it is.

A “now hiring” sign is posted in Garnet Valley, Pa., Monday, May 10, 2021. Applications for unemployment benefits inched down last week, Thursday, April 21, 2022, as the total number of Americans collecting aid fell to its lowest level in more than 50 years. (AP Photo/Matt Rourke, File)

Twitter revenue climbs to $1.2B, daily users rise to 229M

Prince Andrew stripped of ‘freedom of city’ by York council