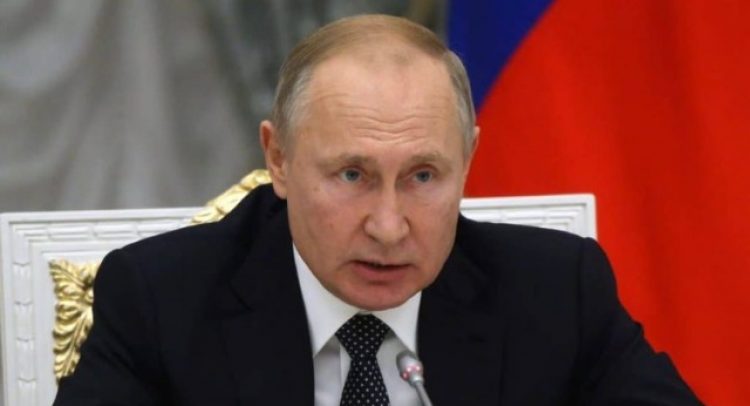 I oppose any war over Ukraine, and believe the crisis should be settled on a basis which recognises the right of the Ukrainian people to self-determination and addresses Russia’s security concerns.

This week I have watched as Internet tribes and Jamaicans debate Russian invasions and US foreign policy. All this while the US has been spinning its propaganda about Russia invading Ukraine without any provocation, the US bombed Somalia and continued the North Atlantic Treaty Organization’s (NATO) history of colonial violence against Africa.

Here in the Caribbean, the US is still waging war with sanctions (an act of war) against Cuba and Venezuela. Yet I witnessed the sad irony of Jamaican, Caribbean, and black people calling other Jamaican, Caribbean, and black people Russian bots or President Vladimir Putin sympathisers for raising questions about US imperial policies supporting the neo-fascist regime in Ukraine and an expansion of the white-dominated NATO structure.

The black apologists for NATO and the neoliberal empire won’t talk about this, but last week a major white supremacist base was eliminated. I guess black lives is all figured out and it’s Ukrainian lives that matter now. Ukraine was the epicentre of a global, violent, white supremacist movement. They saw Ukraine as “liberated territory”, to which thousands of white supremacists travelled and trained since the coup in 2014, which installed Ukraine’s undemocratic and “illegitimate” Government.

Our country and many others are woefully unprepared for the crisis that we now face. Without extraordinarily bold leadership, this is likely to be the beginning of a period of profound instability for the nation and entire planet. For decades, US foreign policy has been overly focused on confrontation with perceived adversaries and projecting global US military power. Many like myself cringe and feel despair when we hear President Joe Biden’s bad positions, such as keeping the US embassy in Jerusalem and supporting sanctions on Cuba and regime change in Venezuela.

The USA’s proxy war and general push for war seems like a way to try and salvage the 2022 elections. Maybe you don’t know, but Biden’s recent ratings and polls are worse than Trump’s lowest. So now you get what these public relations stunts, theatrics, and shenanigans are for — acting tough to seem all alpha male and up the numbers.

These tactics represent the absolute worst in politics. But it panders to those Democrats in America who seem to love the “forever wars”. They are salivating to entice Putin to war in Ukraine, with Ukrainians as cannon fodder and crippling sanctions for Putin.

Biden talks about sovereignty of Ukraine’s borders and defending their democracy, yet has so little time for his own southern border? Don’t they have fentanyl coming through the border during an opioid epidemic in a pandemic, plus human trafficking to boot.

When Biden says backing away from Ukraine joining NATO is off the table, he is essentially saying peace is off the table. And for good personal reasons. Biden needs some pyrotechnics to distract the electorate so that he can demonstrate heroic leadership in order to boost his party’s chances. It appears to be a wag the dog scenario to draw attention away from our sagging economy, high crime rate, inflation, and skyrocketing food and gas prices. And it’s funny how COVID-19 just evaporated from headlines. Is the pandemic over?

The assurance that Ukraine will join NATO is anti-democratic both as far as foreign policy and domestic policy. It is bad for foreign policy because Biden is acting like the boss of Ukraine, and because neutrality is the best policy for preventing war right now. It is bad for domestic policy because even a secondary role in war will take a dire toll on America. Our second president, John Adams, wrote, “Great is the guilt of an unnecessary war.”

The British Government has talked up the threat of war continually, to the point where the Ukraine Government has asked it to stop. Unlike the French and German governments, it has advanced no proposals for a diplomatic solution to the crisis, and has contributed only sabre-rattling.

The British Government has sent arms to Ukraine and deployed further troops to Eastern Europe, moves which serve no purpose other than inflaming tensions and indicating disdain for Russian concerns. It, too, has also declared that Ukraine has a “sovereign right” to join NATO, when no such right exists to join it or any other military alliance.

Democrats are blind to America’s sadistic post-9/11 killing and country-wrecking spree, and see Russia as the fearsome threat to the world, when the US is the biggest.

In recent world history, after Russian leaders believed that nations in the Soviet sphere would not be added to a Western military alliance, 14 countries joined NATO.

This is not where we need to be today. The US has significant economic issues, and to spend more money on the military is totally wrong.

Russia does not want to be surrounded by weapons. There was no war between Russia and Ukraine until NATO interests emerged.

The proliferation of neo-Nazi militia groups like the Right Sector and the Azov Battalion — who actually wear SS insignia like the Wolfsangel on their uniforms — created additional challenges. It was these groups that refused to accept implementation of the Minsk agreements that would have granted autonomy to Luhansk and Donetz, and were instrumental in violently overthrowing the elected Government in 2014.

Consider for a moment this hypocrisy. If Russia launches missiles into a country (Georgia and Ukraine), it is called invasion. But when the US launches military assault on countries such as Iraq, Syria, Libya, Panama, Cuba, Vietnam, and Cambodia it is called liberation.

See how the narrative switches. Do you remember October 1962?

The US told the Union of Soviet Socialist Republic (USSR) they won’t tolerate nukes in Cuba. Russia points toUS missiles in Turkey and says Cuba is an independent country that can make its own security choices. The USA tells them it’s not going to happen, period. Russia persisted, and the US attacked Cuba. Who started the war? Try to answer without jumping through logic loops and psychological hoops. And try not to be a hypocrite.

I believe that Russia and Ukraine should try to reach a diplomatic settlement of the tensions between them on the basis of the Minsk II agreement already signed by both states.

I believe NATO should halt its eastward expansion and commit to a new security deal for Europe which meets the needs of all states and peoples.

Gorbachev was promised that NATO would not move eastward.

This year’s long blitz of hate-Russia hysteria, fuelled by what are probable US Central Intelligence Agency lies, is like the buildup to the Iraq War. I refute the idea that NATO is a defensive alliance, and believe its record in Afghanistan, Yugoslavia, and Libya over the last generation, not to mention the US-British attack on Iraq, clearly proves otherwise.

I also believe that, as a global voice, the Jamaican Government should support all efforts to reach new arms control agreements in Europe and move towards nuclear disarmament across the continent rather than genuflecting for Uncle Sam or cowardly abstaining from speaking out against war.

Yannick Nesta Pessoa is a writer, artist, law student, and entrepreneur. Send comments to the Jamaica Observer or Yannick Pessoa@yahoo.com.