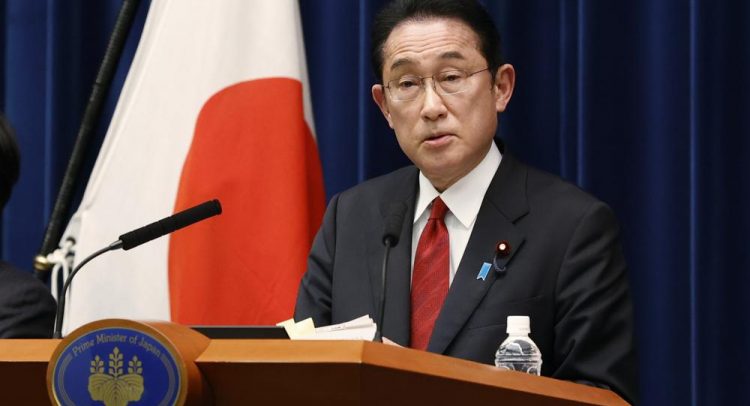 TOKYO (AP) — Japanese Prime Minister Fumio Kishida and visiting U.S. lawmakers reaffirmed their commitment to working together under a longstanding bilateral alliance on Saturday at a time of heightened global tensions including threats from China and North Korea.

In a meeting over breakfast, the delegation, led by Sen. Lindsey Graham of South Carolina, agreed with Kishida on the importance of maintaining a “free and open Indo-Pacific region,” according to the Foreign Ministry.

The six lawmakers’ visit follows their earlier stop in Taiwan, where they made a pointed and public declaration of their support for the self-governing island democracy, while issuing a warning to China. They met with Taiwanese President Tsai Ing-wen on Friday.

China carried out military drills near Taiwan in protest of the delegation’s visit. Spokesperson Zhao Lijian said China was prepared “to take strong measures to resolutely safeguard its sovereignty and territorial integrity.”

Japan has long been nervous about China’s possible invasion of Taiwan, which Beijing claims as part of its territory to be united by force if necessary. China and Taiwan split after a civil war in 1949.

Concerns in Tokyo, especially among conservative politicians seeking a more assertive role for their military, have heightened since the war in Ukraine. The question is sensitive because Japan’s pacifist constitution, adopted after its defeat in World War II, bans the use of force in international disputes. Japan keeps its overseas military operations to peacekeeping and humanitarian relief.

Officially, Japan does not recognize Taiwan but they maintain friendly relations. China opposes any official official exchanges between Taiwan and other foreign governments.

The issue of whether the U.S. would intervene in the case of China’s attack on Taiwan remains open. Analysts say Japan’s role in such a hypothetical situation is even more unclear because Japan is host to a huge U.S. military presence under the alliance.

Kishida told the representatives from Congress that the bilateral alliance superseded political party divisions, and sought their understanding on Japan’s role in working toward peace and prosperity in the region. Tokyo also asked for U.S. support for ongoing efforts by Japan to bring home Japanese who were abducted by North Korea decades ago, the ministry said. North Korea returned some of the abducted people in 2004.

FILE – Japan’s Prime Minister Fumio Kishida speaks during a news conference at the prime minister’s official residence on April 8, 2022. Kishida and visiting U.S. lawmakers reaffirmed their commitment to working together under a longstanding bilateral alliance on Saturday, April 16, amid heightened global tensions spanning the war in Ukraine to threats from neighboring China and North Korea. (Rodrigo Reyes Marin/Pool Photo via AP, File)

The political clock in Basseterre is ticking