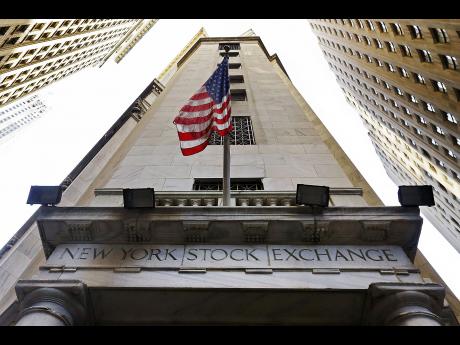 US Market Sheds US$2.49 Trillion, Stocks Struggle To Stabilise After ‘Correction’ 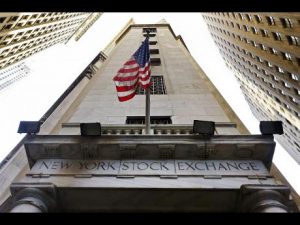 Stocks struggled to stabilise Friday as investors sent prices climbing, then slumping in unsteady trading a day after the market entered its first correction in two years.

The Dow rebounded 330 points by the end of the session.

The up-and-down swings followed a drop of 10 per cent from the latest record highs set by major US indices just two weeks ago.

At midday, the market was on pace for its worst weekly tumble since October 2008, at the height of the financial crisis. By late afternoon, stocks had pared some of their losses but remained on course to add to the weeklong sell-off.

The Dow Jones industrial average briefly sank 500 points in afternoon trading after surging more than 349 points earlier in the day, but closed the day in positive territory. The blue chip average suffered its second 1,000-point drop in a week on Thursday.

The Standard & Poor’s (S&P) 500 index, the benchmark for many index funds, also wavered between gains and losses.

As of Thursday, some US$2.49 trillion in value had vanished from the index since its most recent peak on January 26, according to S&P Dow Jones Indices.

“When you have an early- morning rally in a decline of this nature, all that does is invite selling,” said Bruce Bittles, chief investment strategist at Baird. “That’s what we saw yesterday, and we know where that ended up.”

Losses in restaurant chains, cruise lines, department stores and other consumer-focused companies outweighed gains in technology stocks and other sectors. Energy companies also fell as US crude prices slumped, sending the price of oil below US$60 a barrel for the first time this year.

Bond prices were little changed. The yield on the 10-year Treasury held steady at 2.83 per cent.

The turbulence in US stock indexes followed a broad slide in global markets.

US stocks started to tumble last week after the US Labor Department said workers’ wages grew at a fast rate in January.

Investors worried rising wages will hurt corporate profits and could signal an increase in inflation that could prompt the Federal Reserve to raise interest rates at a faster pace, putting a brake on the economy.

On Wall Street, many companies that rose the most over the last year have borne the brunt of the selling. Facebook and Boeing have both fallen sharply.

Financial analysts regard corrections as normal events, but say the latest unusually abrupt plunge might have been triggered by a combination of events that rattled investors. Those include worries about a potential rise in US inflation or interest rates and budget disputes in Washington.

The market, currently in its second-longest bull run of all time, had not seen a correction for two years, an unusually long time. Many market watchers have been predicting a pullback, saying stock prices have become too expensive relative to company earnings.

What many failed to predict, however, is the S&P 500’s blazing slide from a record high on January 26 to a drop of 10 per cent on Thursday. That nine-day span represents the fastest correction for the index ever.

“We may have seen the worst, but it’s too early to say for sure. However, our view remains that it’s just another correction,” said Shane Oliver of AMP Capital, in a report.

Corrections of up to 15 per cent “are normal,” Oliver said. “In the absence of recession, a deep bear market is unlikely,” he added.

In the energy market, benchmark US crude lost US$1.95 to settle at US$59.20 per barrel on the New York Mercantile Exchange. Oil hasn’t been below US$60 a barrel since December 28. Brent crude, used to price international oils, slid US$2.02 to close at US$62.79 in London.