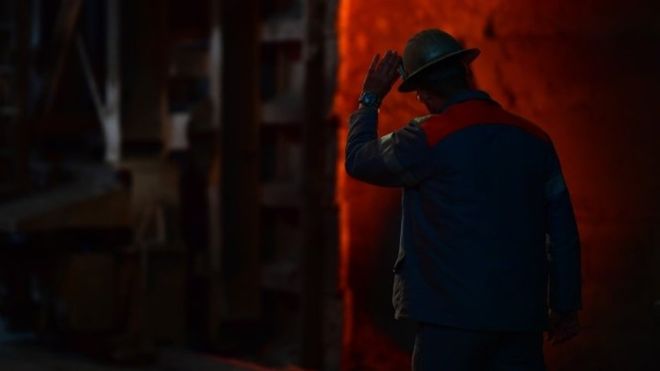 US metal tariffs: Mexico and Canada may be exempt 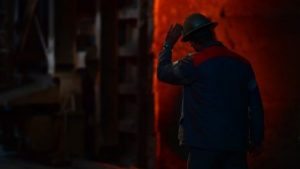 Some countries may be exempt from US plans to impose tariffs on metal imports, the White House has announced.

Reports, however, suggested the apparent softening of the US stance would last for only 30 days.

US President Donald Trump has said steel products will face a 25% tariff, with 10% on aluminium goods. He is expected to sign the plan on Thursday.

Mr Trump tweeted on Thursday morning that he was “looking forward” to a meeting later in the day on the matter.

Meanwhile, China threatened an “appropriate and necessary response” in any trade war with the US.

Foreign Minister Wang Yi said China and the US should strive to be partners rather than rivals.

The EU has proposed retaliatory measures against a number of US goods including bourbon and peanut butter.

Despite opposition at home and abroad, Ms Sanders said the US president would sign the measures in by the end of the week.

But she added: “There are potential carve-outs for Mexico and Canada based on national security, and possibly other countries as well based on that process. That would be [on] a case-by-case and country by country basis.”

President Trump has previously suggested that planned tariffs for Canada and Mexico could be abandoned if a “new and fair” North American Free Trade Agreement (Nafta) is signed.

White House trade policy adviser Peter Navarro said on Wednesday that the tariffs would start in 15 to 30 days’ time and there would be “a clause that does not impose these tariffs immediately on Canada and Mexico”. Both countries knew the president was not “messing around in this”, he added.

Why is Mr Trump doing this?

Mr Trump has railed against the US trade deficit, arguing that other countries have been “taking advantage of” the US for decades.

One of his campaign promises was to rebuild the US steel and aluminium industries which he said has suffered “disgraceful” treatment from other countries, in particular cheap Chinese imports.

Last week he dismissed concerns he could trigger a trade war, instead saying “trade wars are good” and were something the US would easily win.

Mr Trump has already hinted he could drop plans to impose tariffs on Mexican and Canadian metals but linked it to the US getting a better deal in the North American Free Trade Agreement (Nafta).

Mexico and Canada are among the main suppliers of steel to the US.

What’s the reaction been?

The US plans have sparked worldwide alarm and jolted stock markets.

Critics argue that the tariffs would fail to protect American jobs and would ultimately raise prices for consumers.

More than 100 Republicans on Wednesday signed a letter addressed to the president, expressing their “deep concern” about the tariffs.

The letter referenced a sweeping tax cuts bill Congress and the White House worked to pass last year, arguing that “adding new taxes in the form of broad tariffs would undermine the remarkable progress”.

Members of Mr Trump’s Republican party are concerned too, with House Speaker Paul Ryan saying he wanted to see tariffs that were “more surgical and more targeted”.

Tuesday saw the departure of top White House economic advisor Gary Cohn, who is a strong supporter of free trade.