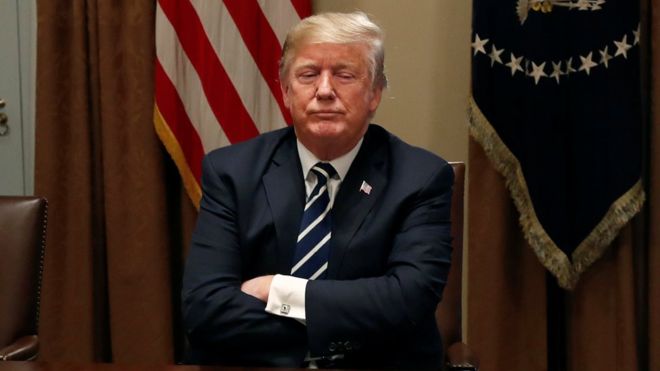 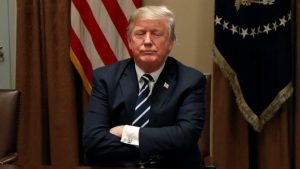 US President Donald Trump has defended his meeting with Russian President Vladimir Putin, amid a backlash over his performanc

On Twitter, Mr Trump condemned “haters” who did not want him getting along with Mr Putin, saying they suffered from “Trump Derangement Syndrome”.

Mr Trump said he misspoke at the press conference with Mr Putin.

He had sided with Mr Putin over his own intelligence services on claims of Russian election meddling.

That had sparked outrage from both sides of the political divide.

Posting on Twitter, Mr Trump said people “who wanted to see a boxing match” were bothered by his rapport with Mr Putin.

“They would rather go to war than see this!” he wrote.

The tweets came a day after Mr Trump said he had missed out a word when appearing to support Mr Putin’s claim that there was no Russian involvement in the 2016 US presidential election.

President Trump said he accepted his intelligence services’ assessment that Russia had interfered.