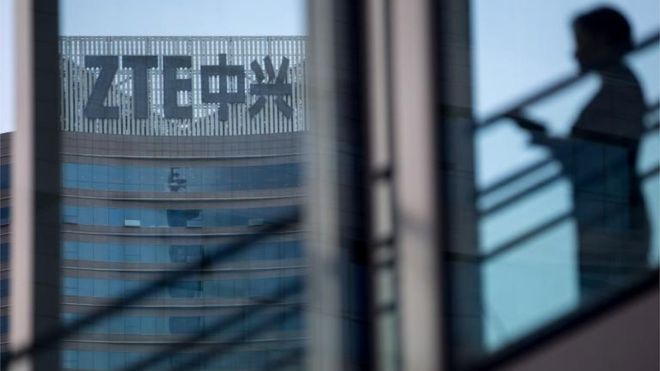 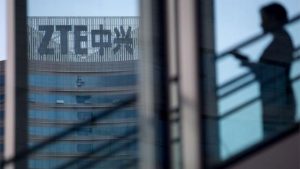 The US has reached a deal with Chinese tech firm ZTE that will remove a ban on the company buying parts from US suppliers, Commerce Secretary Wilbur Ross has said.

The deal will involve ZTE paying a $1bn penalty and hiring a compliance team chosen by the US, he said.

ZTE will also be required to replace its management board within 30 days.

The US had blocked ZTE’s access to American suppliers, saying it had violated a sanctions settlement.

The deal will also see ZTE paying $400m into a holding account to insure against future violations.

The world’s fourth-largest mobile phone maker, ZTE depends on US-made components for the production of handsets.

A ban on access to US suppliers was imposed after ZTE was found to be shipping goods to Iran and North Korea, countries subject to US trade sanctions.

ZTE is based in Shenzhen, close to Hong Kong, and was founded in 1985. It is China’s second largest telecoms manufacturer.

US-China tensions
Negotiations over ZTE had been linked to wider trade talks between the US and China.

President Donald Trump has proposed tariffs of up to 25% on up to $60bn worth of Chinese imports.

However, Mr Ross stated that the ZTE agreement would not have any effect on the talks.

The announcement boosted shares in US component makers including Acacia Communications, Oclaro and Lumentum Holdings.

Can Bangladesh stave off 3-0 defeat?