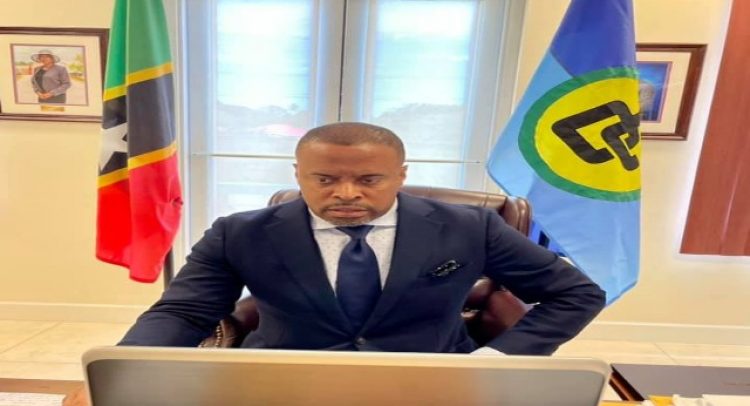 US Secretary of State meets with Foreign Ministers of CARICOM

Basseterre, 22nd April,2021, (MyVue News.com)-St. Kitts and Nevis was among other CARICOM countries, that on Wednesday, 21st April, 2021, participated in a roundtable discussion with the Secretary of State of the United States of America, Anthony Blinken.

They were also joined by the Minister of State for Foreign Affairs of St. Vincent & the Grenadines.

During the meeting, held ‘virtually’ because of the ongoing COVID-19 worldwide restrictions and protocols, the officials covered several issues that are of critical importance to the states involved in the discussions.

St. Kitts & Nevis was represented by Minister of Foreign Affairs, Mark Brantley, who also led the CARICOM discussions on matters related to the Coronavirus and how the region has been managing the crisis.

Some emphasis was placed on the need for greater assistance to access vaccines to help inoculate Caribbean nationals.

In a post-meeting social media post on Facebook, Brantley reported that “I stressed that lives and livelihoods are inextricably linked and vaccine access is critical to our recovery.”

Secretary Blinken also engaged his counterparts on matters related to promoting a regional economic recovery, cooperation on increasing climate resilience, and continued collaborations on strengthening security, democratic values, and human rights, according to a statement from the United States embassy in Bridgetown, Barbados.

The meeting with the officials from the Caribbean Community, according to Blinken, demonstrated the United States’ commitment to working with all countries in the region to advance bilateral and regional interests.

Oscars 2021: Why Two Distant Strangers is 'important and necessary'