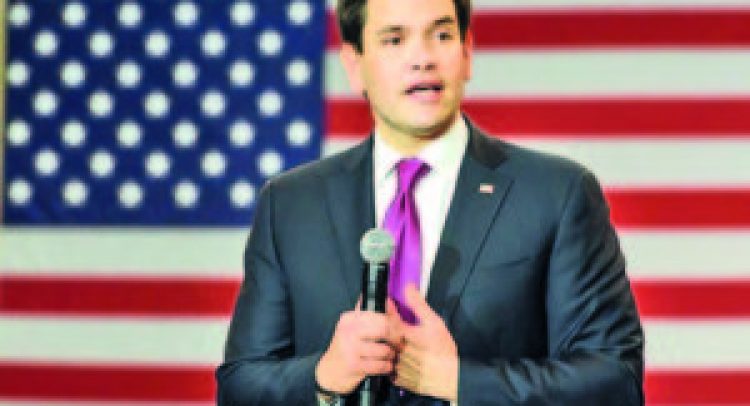 US Senators call on Granger to concede

The Republican Senator from Florida noted in a joint missive from the Senate Committee on Foreign Relations that “recent reports suggest questionable manoeuvres by interested parties designed to continue forestalling a final declaration of results, which members of the press say indicates a defeat for the incumbent Government.”

As such, the Foreign Relations Committee said, “President Granger should honour the will of the Guyanese people and concede.”

The missive noted that it is nearly four months since the national elections were held on March 2, last, and “the Guyanese people are still waiting for an official result following the general and regional elections in their nation. This is unacceptable.”

Rubio, in the joint statement, noted that the US Senators and the Foreign Relations Committee, “share in the frustration expressed by the Caribbean Community (Caricom), the Organisation of American States (OAS), and other international stakeholders, and call on the Guyanese authorities to issue an official election declaration that reflects the results of the March 2nd election, which were confirmed in the official recount by Caricom’s observer mission.”

The grouping of US Senators has since extended publicly, “our support and solidarity to the people of Guyana, who have borne more than their fair share of patience during this process. For their sake, the future of democracy and the rule of law in our hemisphere, the ongoing uncertainty and gamesmanship must end.”

Rubio was joined in the missive by Senators Jim Risch and Bob Menendez, chairman and ranking member respectively, of the Senate Committee on Foreign Relations; as well as Ben Cardin, in releasing the statement encouraging Guyanese authorities “to begin a democratic transition of power that reflects the results of the March 2nd general and regional elections”

The US Senate’s Foreign Relations Committee headed by Rubio had last month written to Granger at the beginning of the recount of the ballots by the Guyana Elections Commission (GECOM) to place on record its support for a fair and transparent recount of the March Presidential election “to allay any concerns among the Guyanese people in the integrity of their democratic institutions, in line with Guyana’s successful democratic electoral transitions of the past three decades.”

Rubio, in addressing Granger at the time, had noted: “Your leadership in this critical moment is crucial to Guyana entering this new era with confidence and hope among all Guyanese for a better future.”