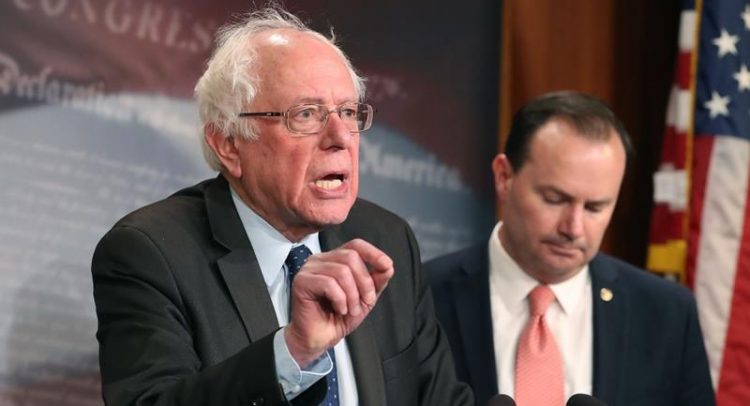 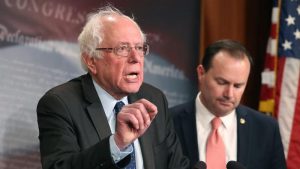 US legislators have submitted a draft resolution calling for an end to US military support for the Saudi-led coalition in Yemen’s war.

The draft resolution, unveiled on Wednesday, is being pushed forward by Senators Bernie Sanders, Mike Lee and Chris Murphy.

The bill intends to exploit a powerful but rarely activated provision in a 1973 law – the War Powers Act – that gives Congress the authority to overrule the president and withdraw troops if the former believes the conflict is not authorised.

READ MORE
Why the United States will never leave Yemen
“We believe that, as Congress has not declared war or authorised military force in this conflict, the US involvement in Yemen is unconstitutional and unauthorised and US military support of the Saudi coalition must end,” Sanders said at a news conference on Wednesday.

Sanders stressed that under the Constitution, Congress is the only authority that can declare war, alluding to divisions in the US government between congressional power and the president’s role as commander-in-chief of the armed forces.

A similar bid to end US support for the war in Yemen was launched in November 2017 in a draft resolution sponsored by Congressman Ro Khanna. And while the resolution was passed, it was not implemented.

“Many Americans are unaware that the people of Yemen are suffering today from a devastating civil war with Saudi Arabia and their allies on one side and Houthi rebels on the other,” said Sanders.

“Many Americans are also not aware that US forces have been actively involved in support of the Saudis in this war, providing intelligence and aerial refuelling of planes, whose bombs have killed thousands of people and made this crisis far worse.”

Yemen has been torn apart by conflict since 2014, when Houthi rebels, allied with troops loyal to former president Ali Abdullah Saleh, captured large expanses of the country, including the capital Sanaa.

Saudi Arabia launched a massive aerial campaign against the rebels in March 2015, aimed at restoring the government of President Abd-Rabbu Mansour Hadi.

Since then, the US has been helping the Saudi-led coalition with weaponry and logistical support.

According to the United Nations, the war has killed more than 10,000 people and injured more than 40,000 to date.

The UN has also said the country is facing the “worst humanitarian crisis in the world”.

Due to a crippling Saudi air and sea blockade on the country, more than three-quarters of the population – some 22 million people – need humanitarian assistance, while 11 million require dire help in order to survive.