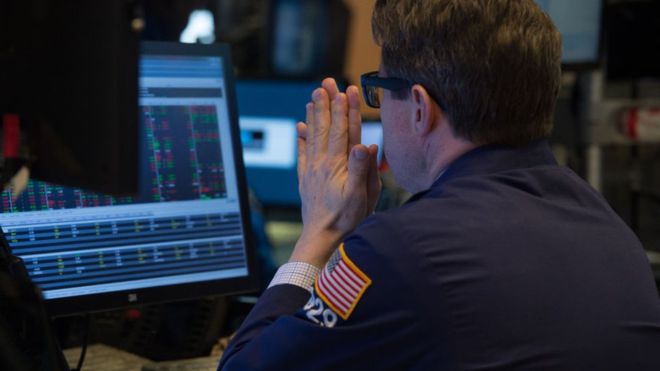 US shares slide back after short respite 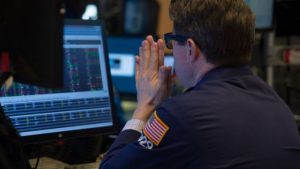 Wall Street shares are on the way down again after brief gains on Wednesday.

Fears that a stronger global economy will push inflation and interest rates higher are again driving the falls.

The Bank of England’s latest policy meeting left interest rates where they were at 0.5% but said a strengthening economy meant interest rates were likely to rise sooner than the markets were expecting.

Weekly jobless figures out in the US on Thursday showed claims for unemployment relief fell to their lowest level in nearly 45 years.

Thursday’s sessions saw a return to the steep falls sparked around the world by positive news on employment and wages in the US at the end of last week.

Higher employment in theory means employers have to pay more to attract and retain the workers they want.

Higher wages can allow higher inflation, which then requires higher interest rates to contain it.

Most central banks have targets for inflation within which they are supposed to keep it contained.

Analysts have said for months that the financial markets were due a correction after a long period of rising prices.