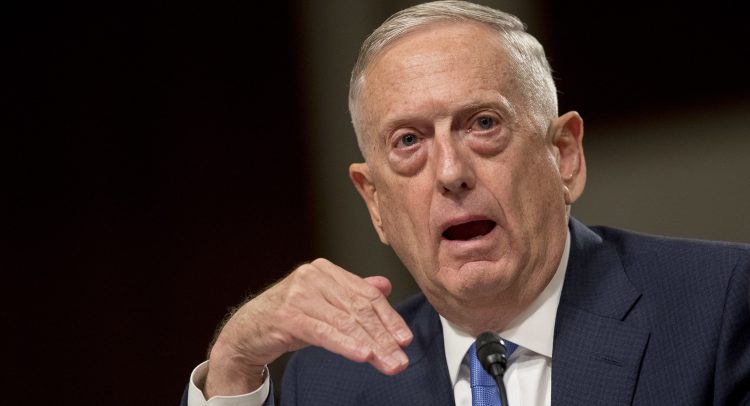 US Secretary of Defense Jim Mattis said his country’s support for the Saudi Arabia and UAE-led coalition fighting in Yemen was not unconditional but suggested the United States would continue to support the alliance as it works to reduce fallout on civilians.

His comments on Tuesday came the same day as a new UN report outlining possible war crimes by all sides in the conflict.

Mattis told reporters that the US has been working with Saudi Arabia and the United Arab Emirates (UAE) to improve airstrike targeting and recognises that tragedies have occurred.

“We recognise every mistake like this is tragic in every way, but we have not seen any callous disregard by the people we’re working with,” Mattis said. “So we will continue to work with them.”

He said the US is constantly reviewing its support for the coalition, adding it will continue to do all it can to limit civilian deaths.

“Our conduct there is to try to keep the human cost of innocents being killed accidentally to the absolute minimum […] Our goal is to reduce this tragedy and to get it to the UN-brokered table as quickly as possible,” Mattis said.

The military alliance led by Saudi Arabia and the UAE has been at war with Houthi rebels since March 2015. At least 10,000 people have been killed since the start of the conflict, according to the United Nations. Analysts, however, say the death toll may be much higher.The secretary’s comments came just hours after the UN released a report, saying that all sides in Yemen’s conflict may have committed war crimes involving deadly air attacks, rampant sexual violence and the recruitment of children soldiers.

The report said that air attacks by the Saudi Arabia and UAE-led military coalition had caused the most direct civilian casualties in the war, and a blockade of Yemeni ports and airspace may have violated international humanitarian law.

A spokesman for the Saudi military said the UN report was referred to a legal team for review that will announce its conclusions after it is completed.

UAE’s Minister of State for Foreign Affairs Anwar Gargash said in a tweet that the “coalition is fulfilling its role in reclaiming the Yemeni state and securing the future of the region from Iranian interference”. He added that his country should “review and respond” to the UN report.

While not directly involved in any of the fighting, the US and the UK have sold more than $12bn worth of weapons to Saudi Arabia alone – including some of the warplanes and the payloads they drop.

An air raid by the Saudi-UAE coalition earlier this month hit a bus in a busy market in northern Yemen, killing dozens, including children. The US is pressing the Saudi government to complete an investigation of what went wrong.