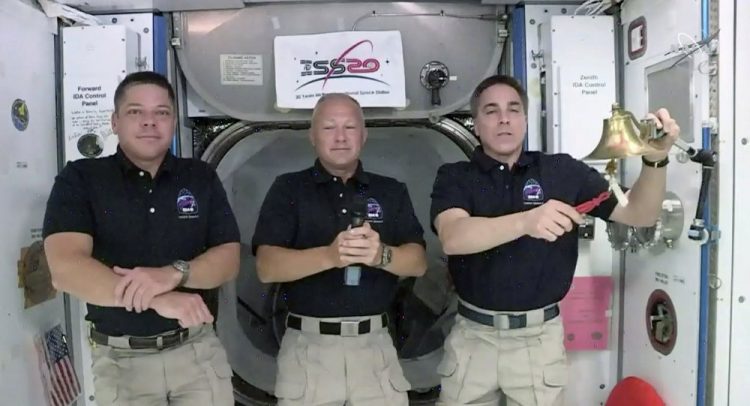 U.S. stock indexes are moving mostly higher in afternoon trading Tuesday, following broad gains in global markets as investors hope that the gradual lifting of coronavirus lockdown mandates will put economies ravaged by the outbreak on the path to recovery.

The S&P 500 was up 0.4%. Financial, industrial and other stocks that would stand to benefit the most from a growing economy moved higher. Energy companies also rose as the price of crude oil headed higher. Communication services stocks and household goods makers were among the laggards. Bond yields were mostly higher, another sign of ebbing pessimism among investors.

The modest gains have the S&P 500 on track for a three-day winning streak, extending the benchmark index’s remarkable two-month rally off a steep skid in February and March as broad swaths of the U.S. economy ground to a halt due to the coronavirus pandemic.

So far, Wall Street’s momentum has not been derailed by the wave of daily unrest across the U.S. that began last week in Minneapolis as a protest over police brutality. Cities across the country have been rocked by violence and destruction for seven days in a row, spurring threats from the White House to send troops in to put down the unrest.

The Dow Jones Industrial Average gained 175 points, or 0.7%, to 25,650. The Nasdaq composite, which is heavily weighted with technology companies, was essentially flat after having been up 0.2%. Smaller company stocks had some of the biggest gains. The Russell 2000 index was up 1.1%.

NASA astronauts launched into space by SpaceX on Saturday rang the opening bell from the International Space Station early Tuesday to kick off trading on the Nasdaq.

Stocks have now recouped most of their losses after the initial economic fallout from the coronavirus knocked the market into a breathtaking 34% skid in February and March. The S&P 500 is now down just under 10% from its all-time high in February.

Investors are hoping that the worst of the recession has already passed, or will soon, as governments around the country and around the world slowly lift restrictions meant to corral the outbreak.

While more countries and sectors are reopening, activity is expected to remain subdued as social distancing rules complicate plans to get back to business. And fears persist about a possible resurgence in coronavirus outbreaks in some countries. There were 34 new confirmed cases in Tokyo on Tuesday, seeming to reaffirm growing risks as people begin to mingle more in crowded commuter trains with the reopenings of more offices, schools, restaurants and stores. The daily numbers had dropped below 20 recently.

Photo: CORRECTS TO NASDAQ, NOT NEW YORK STOCK EXCHANGE – In this image from video made available by NASA, astronaut Chris Cassidy, right, rings the opening bell of the Nasdaq Stock Exchange accompanied by fellow astronauts Robert L. Behnken, left, and Doug Hurley in the International Space Station on Tuesday, June 2, 2020. (NASA via AP)

WHO warns of pressure on Latin American health systems

‘Just Mercy,’ drama of racial injustice, to be free in June