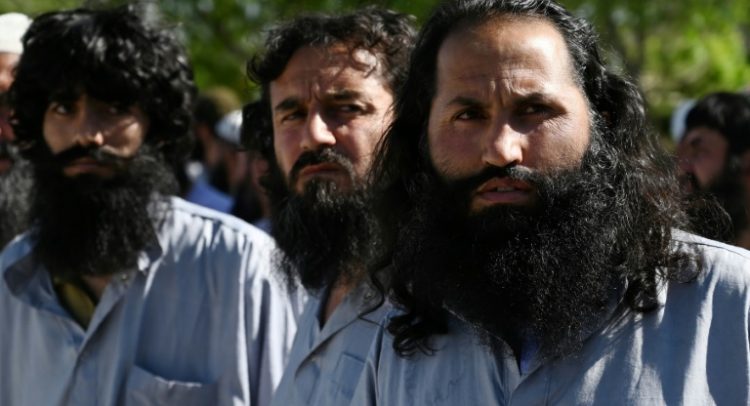 The US military withdrawal from Afghanistan is considerably ahead of schedule, an official told AFP on Wednesday, as President Donald Trump reiterated calls for the Pentagon to bring troops home.

The developments came as questions loomed over the next phase of Afghanistan’s long war following a historic, three-day ceasefire that led to a major drop in civilian casualties.

The truce, which the Taliban called to mark the Muslim celebration of Eid al-Fitr, ended Tuesday night, leaving Afghans anxious about whether it would be extended, or when the war might come raging back.

Violence levels remained low even after the end of the ceasefire, but Afghan security forces conducted air strikes in the south that killed 18 “militants”, police said.

Under a deal the US signed with the Taliban in February, the Pentagon was to bring troop levels down from about 12,000 to 8,600 by mid-July, before withdrawing all forces by May 2021.

But a senior US defence official said the troop number was already at approximately 8,500, as commanders accelerate the withdrawal over fears of the coronavirus.

“The drawdown was accelerated due to COVID-19 precautions,” the official told AFP, noting that the departure of anyone with health concerns or over a certain age was being prioritised.

Trump told reporters Tuesday the US force level was “down to 7,000-some-odd soldiers right now”.

The next day he returned to a frequent complaint that America should not be acting as a “police force” in Afghanistan.

“After 19 years, it is time for them to police their own Country,” Trump wrote on Twitter.

“Bring our soldiers back home but closely watch what is going on and strike with a thunder like never before, if necessary!”

Pentagon spokesman Lieutenant Colonel Thomas Campbell said in a statement the US was adhering to its agreement with the Taliban.

Further drawdowns would come “after the US government assesses the security environment and the Taliban’s compliance with the agreement”, he added.

Afghans enjoyed a rare respite in the nearly 19-year-old war during the ceasefire, only the second of its type.

No major violence was reported until after the pause ended, with air strikes in southern Zabul province on Wednesday.

Three children were also injured in the operation, he added, without specifying which group the militants belonged to.

Taliban spokesman Zabihullah Mujahid said on Twitter that a government air strike had either killed or wounded five civilians, including four children.

According to Afghanistan’s Independent Human Rights Commission, civilian casualties fell by 80 percent during the ceasefire.

It said that on an average, 30 civilians would be killed and wounded every day during the holy month of Ramadan.

But this fell to six killed and wounded on each day of the ceasefire, the commission said on Twitter.

The Afghan government meanwhile said it would continue with the release of Taliban prisoners that had been agreed in the US deal with the insurgents and is seen as key to kickstarting long-delayed peace talks.

On Tuesday, the Afghan military freed about 1,000 Taliban inmates, mostly from Bagram jail near Kabul, as part of a pledge to release up to 2,000 insurgents in response to the Taliban-led ceasefire.

A senior Taliban member told AFP that in return, the insurgents planned to free up to 100 Afghan security force members as early as Thursday.

Top Afghan officials have demanded the Taliban extend the ceasefire and offered to reciprocate.

The future of talks with the insurgents “depends on the Taliban’s next move”, he added.

The prisoner swap is part of a US-Taliban deal, which excluded the Afghan government, that stipulates Kabul would release up to 5,000 Taliban prisoners and the militants would free about 1,000 national security personnel.

Kabul had already freed about 1,000 Taliban inmates before the ceasefire, while the insurgents had released about 300 government captives.

Photo: Some of the Taliban prisoners released from Bagram prison since the ceasefire in Afghanistan started (AFP / WAKIL KOHSAR)