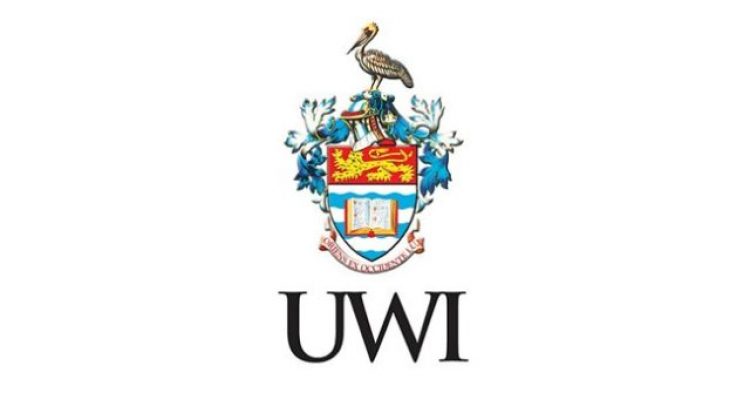 ST. AUGUSTINE, Trinidad and Tobago. Wednesday 22 June 2021 — On June 10th, 33 mostly
Consular and Foreign Service Officers successfully completed a four-day online training module
conducted by The UWI’s Diplomatic Academy of the Caribbean (DAOC), titled Advances in
Consular Affairs in the Modern Diplomatic Mission: A Caribbean Perspective. An UWI first, this
training was designed to strengthen the capacity of the consular corps of Caribbean Community
(CARICOM) countries. Representatives of nine CARICOM Member States took part in this training,
with some based in capital and others posted in Port-au-Prince, Havana, London, Miami, New
Jersey, New York, Ottawa, Toronto and Washington, D.C.

A comprehensive review of the legal framework within which the consular professional operates
anchored the module, with focus also placed on international migration treaties. The module
sought to provide participants with state-of-the-art and state of the practice training in consular
affairs, taking a fresh look from a Caribbean perspective at: (i) migration issues and the diaspora;
and (ii) salient issues at play in the age of the COVID-19 crisis and its consequential impact on the
consular function.

“This inaugural module is emblematic of the DAOC’s commitment to moving ahead with
curricular innovations, having regard to its strategic direction,” said DAOC Manager, Dr. Nand C.
Bardouille. He underscored that: “In the wider context of the COVID-19 moment’s far-reaching
effects, which have also negatively impacted the ability of CARICOM countries’ consulates to
manage risks and expectations, this module is yet another timely, relevant and top-notch training
deliverable that is intended to meet professional development needs germane to the field of
diplomatic studies.”

The module’s lead facilitator, Ms. Gail P. Guy, a retired diplomat and protocol consultant,
underlined that the module met its objectives. She highlighted the “historic nature” of the module,
contending that, “it is unique in its orientation, adopting a Caribbean viewpoint and approach to
training a cross-section of practitioners, who likely have not previously had exposure to this
course of study here in the Caribbean.” The module’s co-facilitator, Dr. Natalie Dietrich Jones, who
is a Research Fellow of SALISES at The UWI Mona Campus specializing in migration governance,
observed that the training lent itself to debates on the nexus between migration studies and
consular affairs.

The Minister Counsellor of the Barbados High Commission to the United Kingdom, Ms. Natalie
Cox, hailed the teaching team’s knowledge and expertise. Other participants also conveyed these
sentiments. Ms. Andria Narinesingh, Consul General (Ag.) at the Consulate General of Trinidad
and Tobago in Miami said the module’s facilitators “brought a wealth of professional experience,
practical advice and personal insights to bear, effectively blending theory and practice.” Consul
General (Ag.) Narinesingh also remarked that, “the experience of this training module has greatly
enhanced my perspective on my role as a consular officer and my professional skill-set.”
Speaking on behalf of the inaugural cohort of participants in this module, H.E. Verna Mills,
Ambassador of Saint Kitts and Nevis to Cuba emphasized that the module exceeded expectations.
Ms. Earla Dyer, a member of staff in the St. Kitts and Nevis High Commission to the United
Kingdom, noted that, “this comprehensive module is invaluable, and it should be a critical part of
the on-boarding process for new Consular Officers, as well as a refresher course for seasoned
Consular Officers.”

Still other participants provided positive feedback on the course content, presentation and
delivery, expressing satisfaction with the teaching methodology, which incorporated peer-topeer learning. Participants characterized this dimension of the teaching as “having greatly
enriched their learning experience.”

The Director of the Institute of International Relations (IIR), Professor Jessica Byron, stated that
the consular training module had been in the making for some time now. Professor Byron recalled
that the management of both the IIR and the DAOC had perceived the need to develop a module
on the expanding scope of consular work and updated consular practices that would serve the
needs of Caribbean consular and diplomatic personnel.

In addition to the course manual, the DAOC also made additional learning resources available to
participants. This includes a pre-recorded, Zoom web conference facilitated interview held
between the Head of the Eastern Caribbean Liaison Service of the Organisation of Eastern
Caribbean States, Mr. Olaf Fontenelle, and DAOC staff / teaching team, focusing on one of several
diaspora population groups that were under discussion in the module: farm workers.
Mr. Tyson K. McKenzie, Foreign Service Officer & Case Manager (Citizenship, Permanent
Residency & Overseas Missions) in the Department of Immigration of the Ministry of Financial
Services, Trade and Industry and Immigration of The Bahamas, noted “[m]y participation in this
online module was very rewarding.” The Minister Counsellor of the Saint Kitts and Nevis High
Commission to the United Kingdom, Ms. Elsa Wilkin-Armbrister, indicated that she would
“recommend the module to other diplomats.”

The DAOC will build on the success of its in-demand module Advances in Consular Affairs in the
Modern Diplomatic Mission: A Caribbean Perspective, conferred as a certificate, by offering a
second iteration of it in the 2021/2022 academic year also in a virtual format. This online teaching
modality forms an integral part of efforts to further internationalize the DAOC, which aims to
make its expansive diplomatic training agenda even more accessible to a wider range of
constituencies within and beyond the Caribbean.