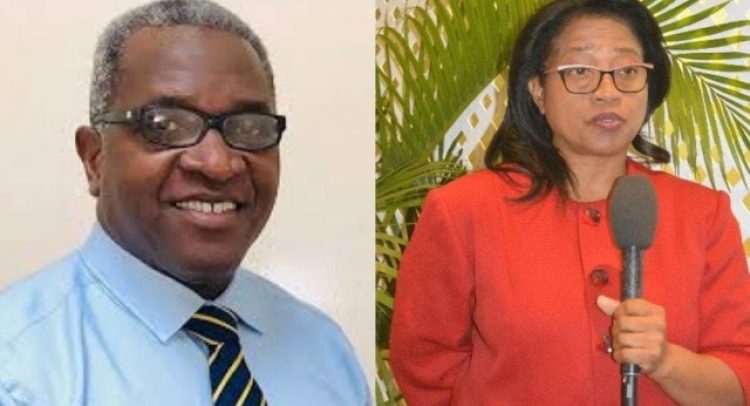 Vaccines could become available in second quarter of 2021

Basseterre, 11th January, 2021 (MyVueNews.com)- The Coronavirus is continuing to have a devastating impact on economies and the lives of people across the Caribbean and globally.

In St. Kitts & Nevis, which too has had its economy bruised, the story is a little more comforting, although citizens here will have to wait, at least another 3-5 months, before vaccines are made available in the country.

The Chief Medical Officer, (CMO), Dr. Hazel laws, said access to vaccines is expected “Anywhere between April, May, June. That’s the projected timeline. However, once we are told specifically the date, the general public will be informed.”

While the number of cases have increased since November, 2020, once visitors (primarily), and some returning nationals, began arriving from the United States, the country has been able to successfully avoid a community spread.

In addition, and according to local health officials, there are only three (3) active cases in St. Kitts & Nevis, from the 34 cases confirmed, starting in March, 2020.

This means that 31 persons who contracted the disease, have already recovered and are fully re-integrated into the national community.

The Ministry of Health said the new case involved a traveler who arrived from the United States on Wednesday, 6th January, 2021.

The patient is being monitored and remains in isolation.

There has been some resistance by Americans and the system of distribution has been disappointing.

St. Kitts & Nevis hopes to learn from the experiences of other countries and to help boost confidence levels, the two top health officials leading the country’s response, have indicated that they will publicly take the vaccine.

Medical Chief of Staff of the Joseph N. France General Hospital Dr. Cameron Wilkinson, said last week during a media weekly briefing, “I believe in the safety and efficacy of the vaccine and (when) the vaccine becomes available and if I am considered [to be] on the priority list, I will be happy to take it right here on this programme so that we can demonstrate to the entire nation that the vaccine is safe.”

The Chief Medical Officer, Dr. Hazel Laws, said she too will be vaccinated but not with the Pfizer-BioNTech, but instead “probably the Moderna or the Oxford-AstraZeneca vaccine.”

Dr. Laws said that she would avoid taking the Pfizer-BioNTech vaccine due to her aggressive allergic reactions.

Health professionals advise persons with severe allergic responses not to take the vaccine manufactured by Pfizer-BioNTech.