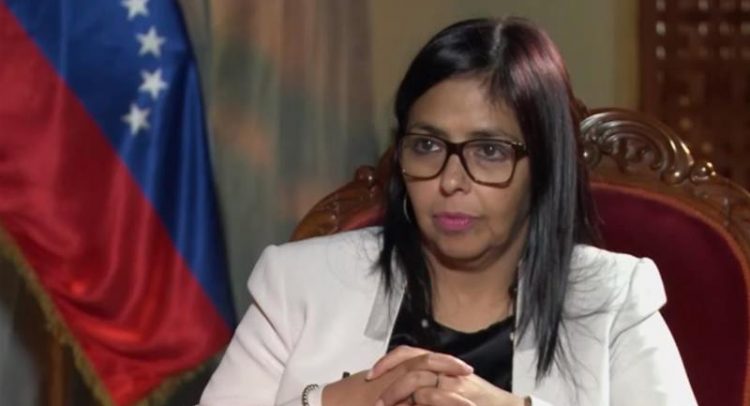 Vice President Delcy Rodriguez said the government had complained to UN General Secretary Antonio Guterres that “individual officials” have been portraying “a normal migratory flow as a humanitarian crisis to justify an intervention”.

The United Nation’s migration agency said the exodus of citizens out of Venezuela is nearing a “crisis moment” comparable to the situation of refugees in the Mediterranean.

“There has been an intent to convert a normal migratory flow into a humanitarian crisis in order to justify an international intervention in Venezuela,” Vice President Rodriguez told a news conference on Monday.

She criticised foreign agencies for using numbers on Venezuelan emigration provided by other countries.

According to the United Nations, nearly 2.3 million Venezuelans are currently living abroad and more than 1.6 million have left since 2015.

President Nicolas Maduro said in a televised broadcast on Monday that opposition protests and US financial sanctions had led some Venezuelans to “try their luck” in other countries but many were reconsidering that decision.

“More than 90 percent are regretting it, of this group that isn’t more than 600,000 Venezuelans who have left the country in the last two years, according to confirmed, certified serious figures,” he said.

Images of Venezuelans leaving the country on foot have raised alarms through the region as countries such as Ecuador, Peru and Chile seek to prepare for the growing influx of migrants.

“The situation is dramatic,” Ronal Rodriguez, a professor and researcher at the Venezuelan Observatory, a think-tank at the University of Rosario in Colombia, told Al Jazeera.

“There are cases of hypothermia, people who come from the coast and are exposed to temperatures they are not used to, these are not planned trips.”

“Some people receive help, but others are harassed. Many die on the road, and family members are forced to leave them behind to continue the journey. The internal changes taking place in the country are making things worse,” Rodriguez explained.

On Monday, 13 countries in Latin America met in the Ecuadorean capital, Quito, to discuss regional strategies for managing the flow of migrants, with conclusions to be announced on Tuesday.

The meeting will seek humanitarian solutions to help Venezuelan migrants who risk being left without work or being exploited by employers, or becoming victims of sexual exploitation, human trafficking and xenophobia, Teran said.

Governments initially welcomed the migrants with open arms, remembering Venezuela’s role in welcoming those fleeing dictatorships and conflicts in the past.

But the exodus has ballooned this year, stretching social services, creating more competition for low-skilled jobs and stoking fears of unrest.

In the past weeks, both Ecuador and Peru announced tighter entry rules for Venezuelans, requiring them to carry valid passports instead of national ID cards.

Ecuador also declared a state of emergency in three northern states which receive up to 4,200 Venezuelans daily.

“Migrants are in need of help,” Rodriguez of the Venezuelan Observatory said. “They need to be regularised, we know that many are being exploited. They are not identifiable, so if they die or they are killed, it is not easy to know who they were.”

“We also know of children that are being sold and are victims of trafficking, Venezuelan women are also being stigmatised, as many resort to prostitution,” he added.

Colombia, Peru and Ecuador asked on Thursday for international aid to manage the migration surge that is overwhelming public services.

US Open 2018: Roger Federer says he 'couldn't get air' during fourth round defeat