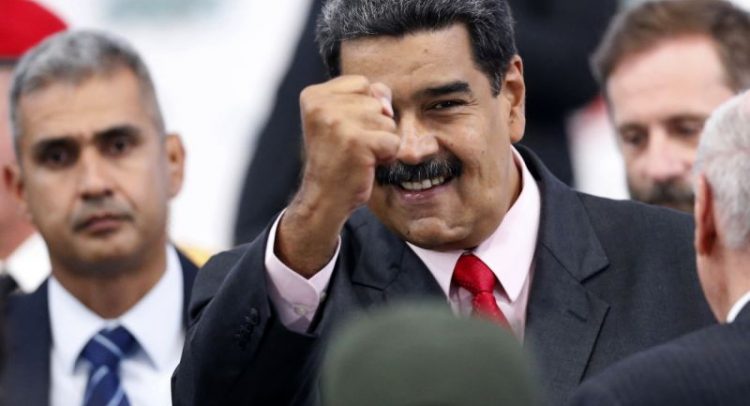 A top UN official is warning that Venezuela is on the verge of turning into an “absolute disaster of unprecedented proportions.” And now, what was once Latin America’s richest nation is about to ravaged by hyperinflation.
Life for most people in Venezuela is already terrible, so it might be hard to believe that it is about to get even worse, but experts say it is. One million percent. That’s the inflation rate the International Monetary Fund predicts Venezuela will hit this year.

One of the world’s leading experts on hyperinflation calls that prediction only a guess. But Steve Hanke of the Johns Hopkins University, and a former economic advisor to past Venezuelan president Rafael Caldera, says the true inflation rate is bad enough.

“Venezuela’s annual inflation rate measured today (Monday) is 40,305%,” says Hanke. “The IMF is forecasting. I don’t forecast, I measure, because you can measure it but you can’t forecast the course or the duration of a hyperinflation.”

Hanke also says the black market exchange rate for the Venezuelan Bolivar increased Monday to 4,581,891 to the U.S. dollar.

Most of the nation is starving. Society has broken down. Disease is spreading. Between 4 and 5 million Venezuelans have left the country since 1999, one of the biggest population moves in Latin American history.

“Chavez was a consequence of the mismanagement of Venezuela’s economy back in the 1980s and the 1990s,” Hidalgo says. “However, Chavez aggravated these problems. Maduro only came to increase the effect of these policies. He’s a communist apparatchik. He was trained in Cuba. So he’s only continuing the policies that were begun to be implemented with Chavez.”The tragedy is that, with so much oil wealth, Venezuela’s future could have been so much brighter—if it hadn’t chosen socialism.

But while it might look like there is no hope for Venezuela, Hanke says Venezuela’s hyperinflation could stop today, by adopting the dollar.  The professor in applied economics says – if he were advising the Venezuelan government – he would tell them to, “Dollarize the economy officially. (Hyperinflation) would stop within a few minutes. It would be over. The thing would turn around on a dime.”

But it’s not clear if President Maduro would ever allow a switch to the dollar.