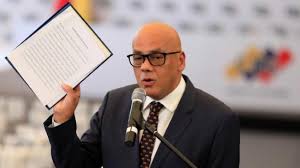 Venezuela presidential election pushed back to May 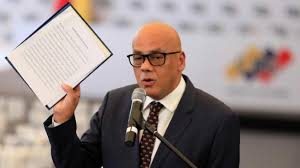 The chairman of the National Electoral Council (CNE), Tibisay Lucena, confirmed the new date, firming up an earlier statement from the electoral body saying the election had been pushed back from the previously scheduled date of April 22 to sometime in the second half of May.

Maduro’s main challenger, dissident former socialist Henri Falcon, appears to have won several concessions on conditions for the elections in talks with the government, according to the contents of the CNE statement.

Under the agreement, United Nations chief Antonio Guterres will be invited to send an observer mission to monitor “all phases of the process.”

The government in Caracas also agreed to extend the deadline allowing Venezuelans abroad to register to vote and to ensure equal access to media and social networks during the campaign.

The presence of an international observer mission had been a key demand of the fractured opposition coalition, the Democratic Union Roundtable, or MUD, which announced it will boycott the election following the break-down in negotiations with the government.

Ordinary Venezuelans are struggling with hyperinflation that the International Monetary Fund projects will climb to 13,000 percent this year, along with chronic shortages of basic foods and medicine.

Maduro’s leading opponents are barred from standing in the election, leading some to argue that the deeply unpopular leader is rigging the vote. The MUD has called the election a “fraudulent show.”

The MUD on Thursday called on Falcon, a 56-year-old retired military officer, to withdraw from the election, accusing him of legitimizing a poll lacking in any guarantees that it would be free and fair.

“He gains the perception that what the MUD did not achieve in (negotiations in) Santo Domingo, he got, which was to move the date, and some ‘better electoral conditions.'”

Political scientist Luis Salamanca noted that the elections had already been pushed back from December to April.

“It’s as if the elections were portable: ‘Put them where I want and when I want, as long as it suits the government,'” he said.

Earlier this week, Falcon said private negotiations were taking place between the government and some opposition groups about the date and conditions for the elections.

But that doesn’t take into account the vast Socialist Party machinery and sway over state institutions that Maduro has, analysts say.

Candidates can register for the presidential poll through Thursday.