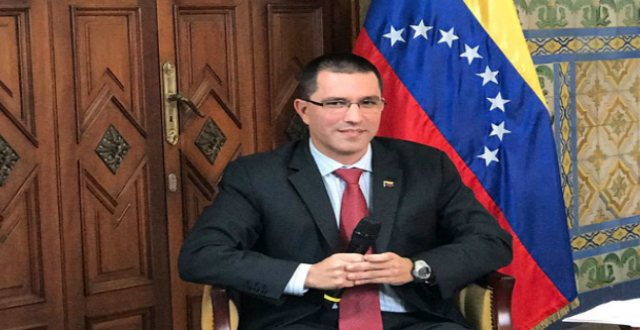 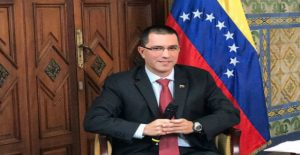 The Chancellor of the Republic, Jorge Arreaza, successfully completed a tour that began last Tuesday for several Caribbean countries, with the mission of strengthening the bonds of brotherhood that Venezuela has with the island states of the region.

“We finished a successful tour of the Eastern Caribbean. We thank the Prime Ministers of Antigua and Barbuda / Saint Lucia / Saint Vincent and the Grenadines / Saint Kitts and Nevis for their respect, support and renewed willingness to work together. The Caribbean today is more united than ever! “, He said on a Twitter message.

The tour began in Antigua and Barbuda, where Arreaza was received by the prime minister, Gaston Browne. Both politicians talked about the imperial attack against Venezuela among other issues.

“We have new cooperation plans, new goals together and even new ideas for Petrocaribe, and definitely Antigua and Barbuda will be part of Banco del Alba,” he was quoted by the Foreign Ministry as saying in a press release.

On Wednesday, the Venezuelan diplomat met with the Prime Minister of Santa Lucia, Allen Chastanet, to review bilateral relations and strengthen the various areas of common interest between both peoples.

Next, he visited San Vicent and the Grenadines, where he held a meeting with Prime Minister Ralph Gonsalves. The representatives of both nations evaluated mechanisms to refine ties of cooperation and brotherhood.

This Thursday, Arreaza met with the Prime Minister of the Federation of Saint Kitts and Nevis, Timothy Harris, with whom he evaluated aspects of the bilateral cooperation agenda, held between the two countries.

Jordan to hold talks with Russia over Syria's Deraa province