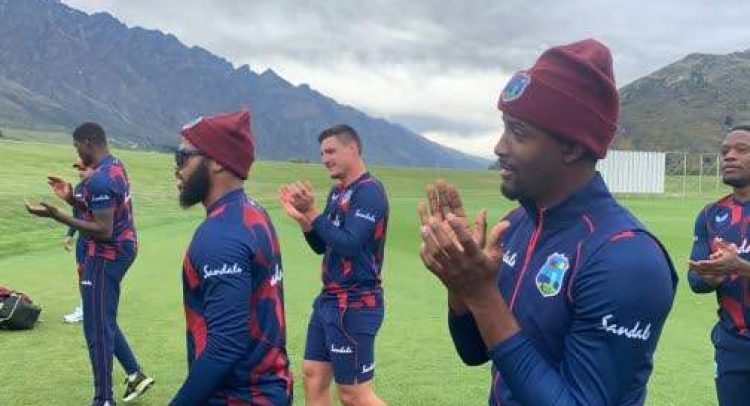 THE West Indies camp is oozing with positivity while preparing for the Twenty20 (T20) and Test series against hosts New Zealand.

The T20 series is scheduled to begin November 27 in Auckland, followed by the second and third contests, both set for Mount Maunganui on November 28 and 30 (Caribbean time).

The two Tests matches are slated for December 2 and 10 (Caribbean time) in Hamilton and Wellington, respectively.

Roston Chase, recently announced the vice-captainy to Test skipper Jason Holder, says the vibe within the group is similar to that experienced last year when they beat visiting England 2-1.

“I am feeling something special about this tour. The energy that I am seeing from the guys and the eagerness — it reminds me something like the England series that we played in the Caribbean,” the 28-year-old batsman said during an interview with Cricket West Indies (CWI).

The New Zealanders are particularly difficult to beat at home.

The Caribbean men have not won a Test series in New Zealand since 1995. When West Indies last visited that country three years ago they lost heavily in both Tests.

On that 2017 tour, the Black Caps won the three-match T20 series 2-0 after the second encounter was rained out. The hosts swept the One-Day International series 3-0.

West Indies are currently facing New Zealand A in the first of three practice games scheduled for the tour.

Ahead of the warm-up encounter, Test batsman Shamarh Brooks said he and his teammates were eager to get going.

“It [the preparation] has been very, very good in my opinion. It’s been a very different experience in terms of the pitches we’ve practised on — I’m actually enjoying them,” he said.

“New Zealand is a tough team to beat at home, but we are definitely looking forward to the challenge,” Brooks, 32, added.

All-rounder Rovman Powell and batsman Brandon King, both members of the T20 squad, are urging Windies supporters to believe that the regional side can topple the hosts.

“The guys are gelling pretty [well]. I think it’s an important time now; an important transition in West Indies cricket. We’ll tell the fans to keep supporting us, keeping rallying behind us, and at the end of the day I’m sure we will deliver,” Powell, 27, said.

The 25-year-old King added: “We are all hungry here… we are all excited to be here and we are working very hard to make you guys proud. Support us in any way you can… we’ll put out our best all the time.”

During the 1-2 Test series defeat to hosts England in the summer, West Indies batsmen faltered on a number of occasions when they were in good positions to wrest control. And the bowlers, while penetrative in the opening Test win, were below par for the remainder of the series.

West Indies Head Coach Phil Simmons noted that execution with bat and ball will be vital against the Black Caps.