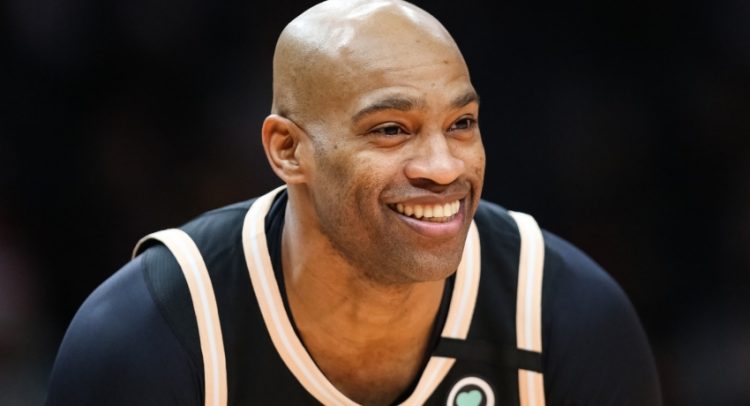 Vince Carter has officially announced his retirement after a 22-year NBA career, a decision that was expected once the Atlanta Hawks were not part of the 22 teams that will resume play next month in Florida.

The 43-year-old made the announcement on Thursday during the Ringer’s ‘Winging It With Vince Carter’ podcast.

Carter’s last appearance came against the New York Knicks on March 11, the same night the NBA suspended play due to the coronavirus pandemic.

“Since the end of March, I pretty much felt that it was over and that’s kind of how I’ve handled it,” Carter said. “It’s unfortunate, but with the coronavirus, it was taking people’s lives rapidly.

“That’s the big picture in my mind so I was able to put the weird ending, the abrupt stoppage of play to an ending aside for the bigger picture.”

Carter was selected by the Golden State Warriors with the fifth overall pick in 1998 before being sent to the Toronto Raptors in a draft-night deal. He was named the NBA Rookie of the Year during the lockout-shortened 1998-99 season.

That was just the beginning for Carter in an incredible career filled with accomplishments in which he also played for the New Jersey Nets, Orlando Magic, Phoenix Suns, Dallas Mavericks, Memphis Grizzlies and Sacramento Kings.

Carter became the only NBA player to play 22 seasons and the first to appear in a game in four different decades.

Carter was an eight-time All-Star, won the Slam Dunk Contest in 2000 and helped the United States win the gold medal at the 2000 Olympic Games in Sydney.

“When I played the game, I played to win,” Carter said. “I had a smile on my face because I was thankful every day that I’m getting the opportunity to play in the NBA.

“I have never taken it for granted and I never will. Honestly, when you’re walking away from it you appreciate the years you played even more.”