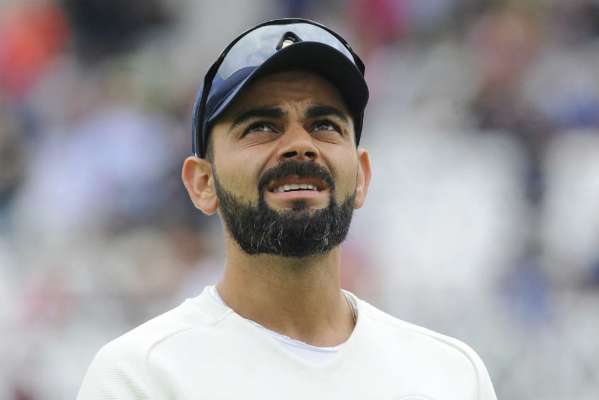 India captain Virat Kohli dedicated his team’s win over England at Trent Bridge to the flood victims of Kerala.

Nearly 400 people have died, with more than a million people displaced, following the worst flooding in the state for a century.

“First and foremost we as a team want to dedicate this victory to the flood victims in Kerala,” Kohli said, after India’s 203-run victory.

“People are going through a lot. This is our bit we can do.”

India needed only 17 balls on the final day to take the one remaining England wicket.

It halved England’s lead in the series to 2-1 with two matches remaining, the next of which takes place at Southampton on 30 August.

“The victory was much needed at this stage of the series and to have a performance like that, which was so clinical in all three departments, is something that was pleasing to me as a captain,” said Kohli, who won the man-of-the-match award for his 97 and 103.

“The players are really proud of what they’ve done in this Test too. Everyone is taking responsibility at the right time.”

He has scored 440 runs in the series, 234 more than the next highest run-scorer, England’s Jonny Bairstow.

Meanwhile, India coach Ravi Shastri believes the current pace bowling attack is the best the team has ever had.

The quartet of Mohammed Shami, Jasprit Bumrah, Ishant Sharma and Hardik Pandya claimed the first 19 England wickets to fall in the third Test and have 35 between them in the series.

All four played in January’s victory against South Africa in Johannesburg, when India won a match for the first time by taking all 20 wickets with seam bowling.

“It’s by a mile the best pace attack India has ever had,” Shastri said. “By a mile. No team comes even close. Easily the best.

“In the four years I’ve been doing this job, I think if you look at a clinical performance overseas, I think this has to be the best.

“South Africa was gutsy, because that was a nasty track in Jo’berg. But this was clinical. When you look at all three departments, they stood up. As a batting unit, as a catching unit and as a bowling unit, so you can’t ask for more.”