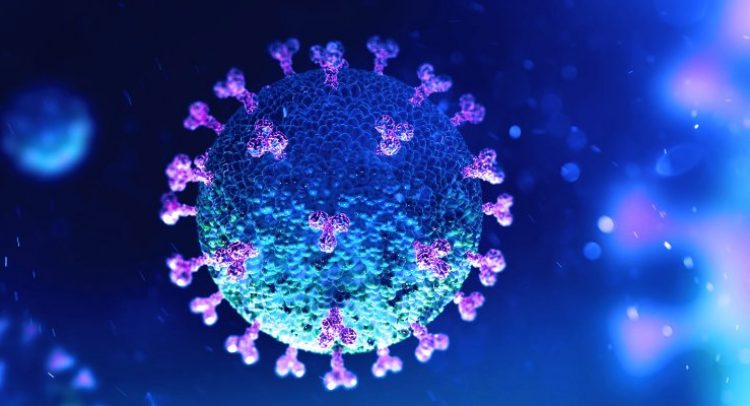 In the Americas, a network of laboratories from 22 countries contributes to the detection of SARS-CoV-2 variants. So far, 37 countries and territories have confirmed the presence of one or more of the four variants of concern. Monitoring them is key to detecting any unusual or unexpected changes that could affect control measures including vaccines.

Washington, D.C., May 14, 2021 (PAHO) — Variants of the SARS-CoV-2 virus that causes COVID-19 are to be expected, but  genomic surveillance in the Americas should continue to detect any unusual or unexpected increase in cases, increase in lethality or change in clinical patterns that could affect control measures including vaccines, a group of experts said.

During a Webinar for journalists, experts from the Pan American Health Organization (PAHO) and the Oswaldo Cruz Foundation (Fiocruz) discussed key questions raised by the variants, including their impact on transmissibility, the severity of COVID-19, and the effectiveness of vaccines against them.

Mutations are expected in the virus evolution and adaptation process, said Dr. Jairo Mendez Rico, PAHO’s advisor on emerging viral diseases. When these variants have a potential impact or risk for public health, they are considered variants of concern (VOC). The four variants of concern that have been detected in the Americas include those that originated in the United Kingdom (B 1.1.7), South Africa (B.1.351), Brazil (P.1), and India (B.1.617).

So far, 37 countries and territories have confirmed the presence of one or more of the four variants of concern. Variant B.1.1.7 was confirmed in 34 countries; variant B.1.351 in 17, variant P.1 in 21 countries, and variant B.1.617 in eight countries.

The occurrence of mutations is a natural and expected event within the evolutionary process of the virus. These changes could lead to advantages for the virus to achieve its “objectives,” which are to have a better capacity to enter the cells and then to replicate, and to try to escape the immune response, either natural or vaccine-mediated, Mendez said.

However, Mendez said, “Although some (variants of concern) have demonstrated enhanced capacity to replicate and transmit, they are not more aggressive or severe.” He pointed out that from an evolutionary perspective, it is not in the virus’s interest to kill its host. He also said that “so far, there is not sufficient evidence to infer that currently available vaccines do not work with these variants.”

The higher the transmission level within populations, the more likely it is that viral mutations will occur. The experts agreed that slowing or halting transmission is the only way to avoid the appearance of new variants.

They recommend maintaining all public health measures where the virus is circulating, regardless of the variants. These include using face masks, maintaining physical distancing from others, avoiding crowded, closed spaces, opening windows for ventilation, hand hygiene, and getting vaccinated when vaccines become available. They also recommend strengthening both epidemiological and genomic surveillance to reduce the spread of the virus and possible mutations.

When the COVID-19 pandemic began in 2020, PAHO set up the COVID-19 Genomic Surveillance Regional Network to strengthen the sequencing capacity in participating laboratories in the Americas, and to establish routine SARS-CoV-2 genomic sequencing.  The network in the Americas was significantly expanded to identify and track variants of the SARS-CoV-2 virus. Twenty-two countries are now participating in the network, giving a much better picture of the variants circulating in our region.

Also, as part of the network, there are currently six regional reference laboratories assisting countries with genomic sequencing of variants: Fiocruz (Fundación Oswaldo Cruz) in Brazil, Instituto de Salud Pública in Chile, InDRE in Mexico, the Gorgas Institute in Panama, the US Centers for Disease Control and Prevention in Atlanta, and the University of West Indies in Trinidad and Tobago.

Countries in the Americas first began using genomic surveillance during outbreaks of cholera years ago, and this continued with outbreaks of influenza, chikungunya, Zika, and yellow fever. This long experience is now being applied to keep a close look at SARS-CoV-2.

Dr. Sylvain Aldighieri, COVID-19 Incident Manager at PAHO, said it is vital to keep genomic and epidemiological surveillance coordinated  “to detect any unusual or unexpected increase in cases, increase in lethality or change in clinical patterns, because these aspects may be associated with a particular variant. This is why collaboration and information exchange between countries is extremely important.”

Dr. Fernando Motta, of the Oswaldo Cruz Foundation (Fiocruz), highlighted the importance of sustaining and strengthening collaboration between the countries through the PAHO Network to increase the number of sequences representing the Region in global data bases, and to better understand the molecular epidemiology of the virus.

“Our laboratory in Brazil developed a standard and standardized protocols that were able to be used, taking into account the different technologies installed in the institutes capable of sequencing in the network — from the oldest methodologies to the new generation — and at the same time generating capabilities together with PAHO to better support the needs of countries without such technologies,” Motta said.

In addition to coordinating the surveillance network, PAHO provides countries and laboratories with reagents, organizes training and updating sessions, and covers the costs for shipment of the variant samples to the reference laboratories.

Although most of the mutations have no impact, some may result in the virus being more transmissible, or helping the virus escape immune response. These are the variants labeled VOCs.