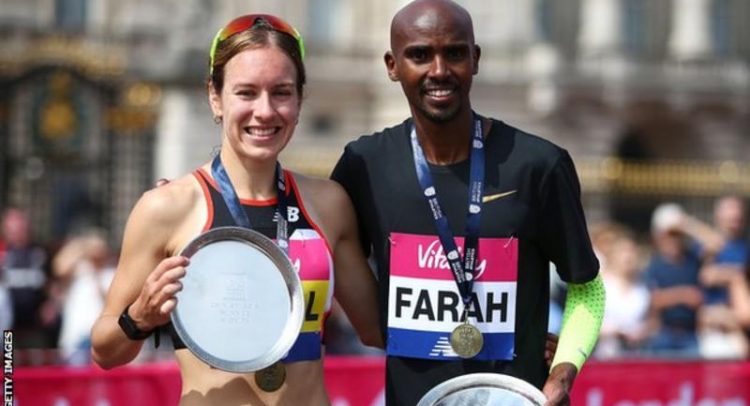 Steph Twell won the women’s event at the Vitality London 10,000 as fellow Scot Callum Hawkins ran for the first time since the Commonwealth Games.

Hawkins, 25, collapsed just over a mile from the end of the marathon at the Gold Coast Games in April. He was 42nd in London in 31 minutes 27 seconds.

Twell recorded a time of 32:34 to finish ahead of runner-up Gemma Steel.

Jo Pavey was third in the women’s event.