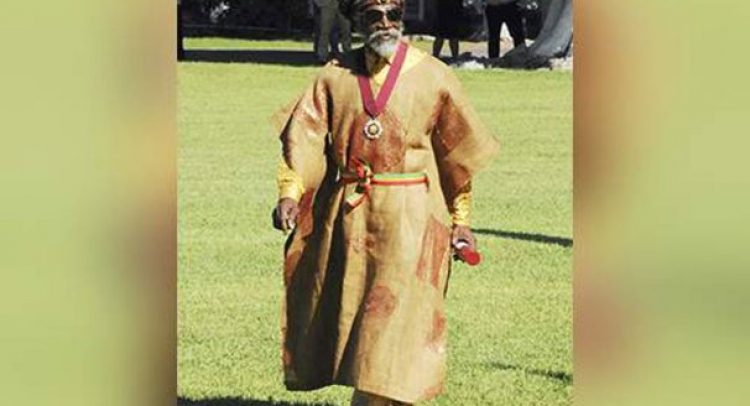 “I vowed to chart my own path. I did it my way, grounded in Rasta, the teachings of His Imperial Majesty Haile Selassie and Marcus Garvey.”

In her eulogy at Bunny Wailer’s Thanksgiving Service held at the Perry’s Funeral Home in St Catherine, Livingston offered a more personal touch to the man many have come to know as a member of the globally acclaimed reggae forebears, The Wailers.

“My father firmly believed in the concept of ‘each one teach one’. With that, he was very committed to his community and often assisted children with school fees and books and supported many in the area of sports. His love for education was so great that he even opened a school, Solomonic Elementary,” she noted.

Wailer’s former schoolmate from Camperdown High, Desi Young, a former president of the Jamaica Federation of Musicians, recalled the youngster they called “Livi” back then.

“It is ironic that the man who got into trouble for playing around on the school’s piano too many times became a national and international legend,” said Young.

“He was always a captivating speaker, animated and an established leader from back then. He played every sport — football, cricket, table tennis and, like all ghetto youth, he could do everything. From those days, he was also opposed to things like racism, oppression and ‘almshouse’,” Young continued.

The music was never far away from this life’s celebration and the small audience was moved to applause after three members of the horn section of the Solomonic Reggae-stra, Wailer’s touring band, delivered the trumpet call to many of his popular anthems.

Wailer’s son, Asadenaki, shared his father’s Pass It On at the top of the event. The husband-and-wife duo of Jeffrey and Lisa Starr, who often provided backing vocals for the late reggae icon, shared Dreamland, Wailer’s composition famously recorded by Marcia Griffiths.

Wailer was born on April 10, 1947. He would go on to forge a path for Jamaican music as part of the triumvirate The Wailers, which also comprised Bob Marley and Peter Tosh. He died on March 2 after a brief illness.

Featured Image – Original member of the Wailing Wailers band Neville O’Reilly Livingstone, better known as “Bunny Wailer”, walks back to his seat after being invested with the Order of Merit, Jamaica’s third highest national honour, for his work in the field of popular music at King’s House on October 16. (Photo: Antonio Graham)