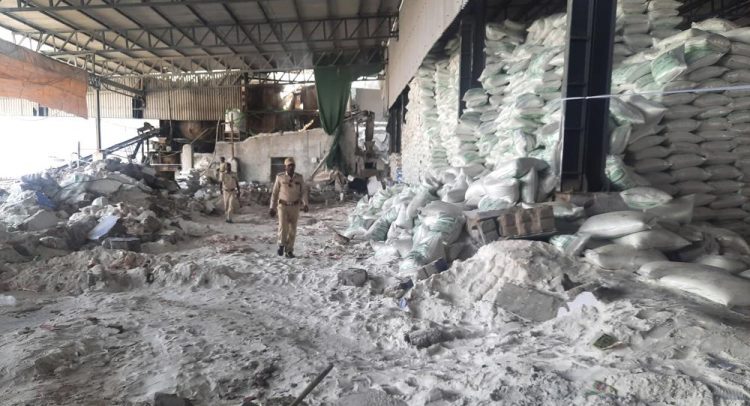 NEW DELHI (AP) — A wall collapsed in a salt packaging factory in western India on Wednesday, killing at least 12 workers and injuring another 13, a government administrator said.

The workers stocking salt in bags were found buried in the wall debris in the factory in Morbi district, 215 kilometers (135 miles) west of Gandhinagar, the capital of Gujarat state, said J.B. Patel, the district officer.

The injuries of 13 workers, mostly fractured bones, were not life-threatening, Patel said.

He also said that the rescue work was almost over. Other details were not immediately available.

Authorities are investigating the cause of the wall collapse.

Prime Minister Narendra Modi described the deaths as heart-rending. “In this hour of grief, my thoughts are with the bereaved families. May the injured recover soon,” he said.

Building collapses are common in India as many of them are poorly constructed using sub-standard material. A building collapse in 2013 killed at least 72 people in Mumbai, India’s financial and entertainment capital.

Police inspect a salt packaging factory after its wall collapsed in Morbi district, 215 kilometers (135 miles) west of Gandhinagar, Gujarat state, India, Wednesday, May 18, 2022. At least a dozen workers were killed and more than a dozen were injured in the accident. (AP Photo)