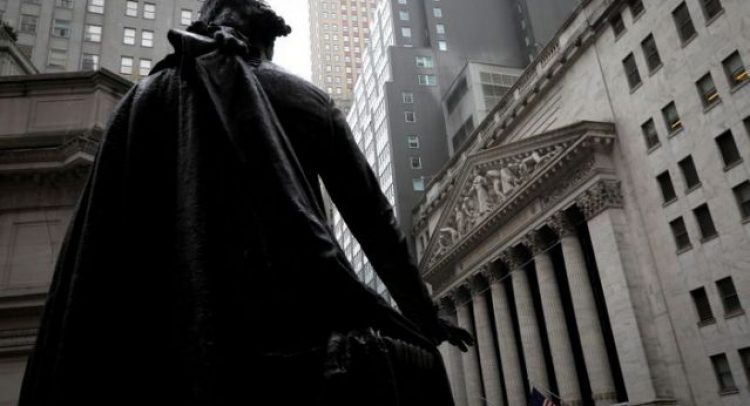 Wall Street banks and their staff are leaning left

Wall Street banks and their employees have been leaning left in recent years, increasing the proportion of cash allocated to Democrats.

ome of that has been prompted by the industry’s bid to rebuild the bipartisan support it enjoyed before the 2009 financial crisis, which turned many Democrats against the industry. Here is the breakdown for the 2020 election cycle, based on data compiled by the Center for Responsive Politics.

Democratic presidential nominee Joe Biden has dramatically outpaced Republican President Donald Trump in total fundraising during the final months of the campaign ahead of the Nov. 3 election, and that is also true when it comes to winning cash from the banking industry.

Biden’s campaign and other fundraising vehicles supporting his campaign have pulled in roughly $3 million from commercial banks, compared with just over $1.4 million for Trump, CRP data shows.

Wall Street banks and their workers were the top five contributors to Romney, while no financial firms were among Obama’s top contributors, according to the CRP data.

In the 2020 election cycle, campaign contributions from commercial banks and their workers to Republicans and Democrats running in congressional races are split nearly evenly, at $14 million and $13.6 million respectively.

That is a significant shift from four years ago, when Republicans pulled in $18.9 million from the industry, nearly twice as much as Democrats.

It was even more tilted in 2012, when Democrats won just 29% of the bank donations pot.

Of the top 20 recipients of bank and bank-worker donations this cycle, including presidential candidates, sitting and aspiring lawmakers, 10 are Democrats or left-leaning independents, compared with six Democrats in 2012.

WHO IS GETTING THE MONEY?

Stripping out Trump and Biden, the next top recipient on that list is anti-Wall Street progressive and former presidential candidate Bernie Sanders, with $831,096.

While at first blush that seems counter-intuitive, Sanders, an independent who lost to Biden in the Democratic presidential race, tops contributions from many industries due to his grassroots following among millions of Americans, including those who work at banks.

Focusing only on funds dished out by banks’ dedicated political arms, the picture changes.

House of Representatives lawmaker Blaine Luetkemeyer of Missouri, one of the senior Republicans on the House Financial Services Committee, which is key for the banking industry, tops the list, hauling in $226,000. Next up is Patrick McHenry of North Carolina, the top Republican on that panel, with $185,500 in cash from bank political committees.

That suggests many bank employees favor more progressive lawmakers than the industry’s leadership.

The top 20 recipients of bank political funds comprise 14 Republicans and six Democrats. Representative Gregory Meeks of New York, a senior member of the House banking panel, received the most among Democrats, with $140,000.

Nearly all the top 20 recipients for this cycle sit on a panel with jurisdiction over the industry.

WHO ARE BANKS BATTING FOR?

Some of those include Republican industry allies like Senator Thom Tillis of North Carolina and Representative French Hill of Arkansas, a former banker. The group, looking to build bipartisan ties, is also running ads for a handful of moderate Democrats, like Representative Josh Gottheimer of New Jersey and Senator Chris Coons of Delaware.

The ABA also weighed in on some of the tightest races in the country, running ads backing Republican Senators Susan Collins of Maine and Cory Gardner of Colorado, who, along with Tillis, are top Democratic targets.

Antigua health minister to be knighted ‘as a symbol of excellent performance’, says PM