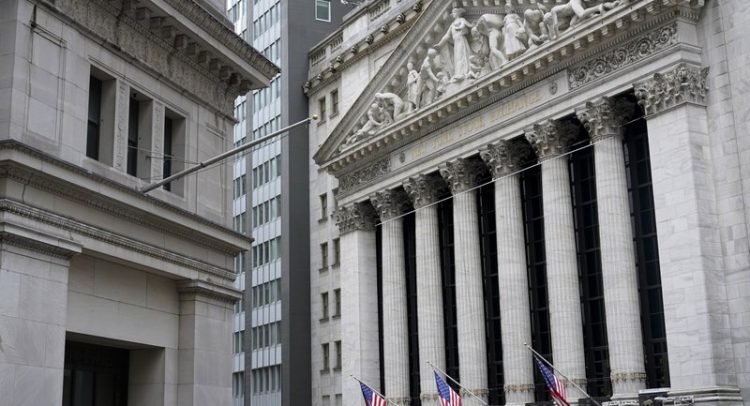 Wall Street drifts, as even Treasury yields slow their rise

NEW YORK (AP) — U.S. stocks are drifting Wednesday as Wall Street continues a pause from its big recent rally, and even Treasury yields are stalling following their rapid rise.

Markets around the world have rushed higher recently on building optimism that a healthier economy is on the way because of the rollout of coronavirus vaccines and the prospect for more stimulus from a U.S. government soon to be run by Democrats.

Some of the biggest action has been in the bond market, where expectations for increased federal borrowing, economic growth and inflation have pushed longer-term Treasury yields to their highest levels since last spring.

The yield on the 10-year Treasury slowed its ascent, though, and dipped to 1.10% from 1.12% late Tuesday. Analysts said statements from two Federal Reserve officials a day earlier helped to calm concerns that it may curtail its purchases of Treasurys. Those purchases have helped keep rates low in hopes of boosting financial markets and the economy.

The concerns are reminiscent of the 2013 “taper tantrum,” when markets tumbled after the Fed said it expected to slow bond purchases as the economy recovered.

Low rates have been one of the main underpinnings for the stock market’s rise to records, even as much of the economy still struggles under the worsening pandemic. The 10-year yield has been spurting higher, up from 0.90% on Jan. 4, the day before two runoff elections in Georgia gave control of the Senate — and thus Washington — to Democrats.

The Fed has had the freedom to keep short-term rates at nearly zero in part because inflation has remained weak. A report on Wednesday showed that prices at the consumer level were 1.4% higher in December from a year earlier. That was slightly more than economists expected, though it remains relatively low.

The Fed will release its latest “Beige Book” in the afternoon, which gives anecdotal evidence it’s hearing about how businesses are faring around the country. Fed Chair Jerome Powell will also be speaking at an online event hosted by Princeton University on Thursday, which may offer more clues about the Fed’s intent.

If interest rates keep climbing, it could bolster the argument for critics of the stock market, who say it has climbed too high and left prices too expensive.

Stocks that would benefit in particular from low rates were leading the way in Wednesday morning trading. Utility stocks tend to pay relatively big dividends, so their appeal often rises when bonds are paying less in interest and drawing fewer investors seeking income. Utilities rose 1.2% for the biggest gain among the 11 sectors that make up the S&P 500.

Tech stocks also climbed, as low interest rates help make investors more willing to pay high prices for their expected growth. Within the group, Intel jumped 8.4% after it said industry veteran Pat Gelsinger will take over as CEO next month. It also said it expects to report revenue and profit for the latest quarter above its prior forecast.

On the losing end were some of the market’s biggest winners recently, which have climbed with expectations for a stronger economy and higher rates. Raw-material producers in the S&P 500 fell 1.1%, while industrial stocks fell 0.8% and financial stocks lost 0.5%.

Stocks of smaller companies also pulled back from their big recent rally. The Russell 2000 index of small-cap stocks slipped 0.3%, though it remains 7.4% higher for 2021 so far. That towers over the 1.4% rise for the big stocks in the S&P 500.

Other risks are also hanging over the market, headlined by the worsening pandemic. Accelerating coronavirus counts and hospitalizations are doing more damage to the economy, and U.S. employers cut more jobs last month than they added for the first time since the spring.

Political uncertainty continues to engulf Washington, meanwhile, and President Donald Trump appears to be on the verge of getting impeached for a second time. Democrats and even some Republicans say Trump incited an insurrection after encouraging a mob of loyalists who went on to storm the Capitol last week.

Investors have been looking past such political turmoil for the most part, though, focusing instead on expectations for a stronger economy ahead.

President-elect Joe Biden is expected on Thursday to release details of his plan to support the economy. They could include bigger cash payments going to most Americans

In European stock markets, indexes were also making only modest moves. The German DAX returned 0.2%, and the French CAC 40 added 0.3%. The FTSE 100 in London was nearly unchanged.