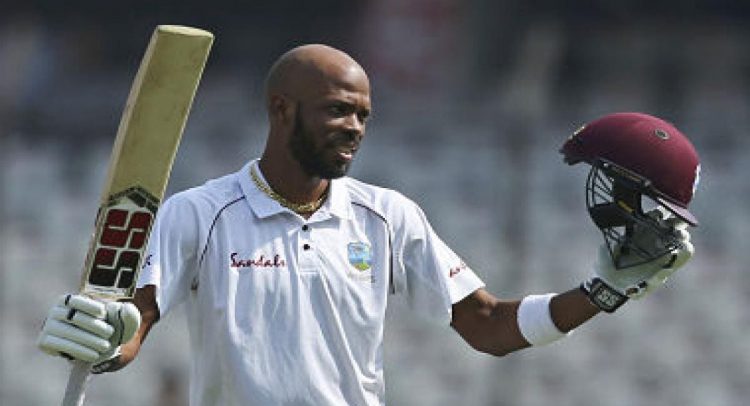 MANCHESTER, England (CMC) — Roston Chase has underscored the importance of the scheduled warm-up matches ahead of the first Test, especially in light of the recent lockdown due to the novel coronavirus (COVID-19) pandemic which prevented players from enjoying crucial match practice in the Caribbean.

West Indies play their first three-match starting Tuesday, which will represent the first taste of competitive cricket for the players since the first class championship was cut short after eight rounds due to the outbreak of COVID-19.

And they are expected to play a second warm-up before the first Test gets under way at The Ageas Bowl in Southampton on July 8.

Chase, who has not played a competitive match in four months since the one-day tour of Sri Lanka in March, stressed it was important West Indies made the most of the upcoming games.

Practising and training is a big difference to match preparation, but I think we have two practice games before we go into the actual series so I think we have to take those two matches as seriously as possible – because that is the only preparation outside of the training we’ve been doing,” the batting all-rounder pointed out.

“The guys have been training hard; we came to the conclusion that we have to do a lot of extra work because of the COVID-19. The guys haven’t been really able to go about their normal routines as usual so we’ve been putting in the hard work.

“Hopefully we can get some good weather for those two games and we can get a bit of match practice before the first game of the series.”

The warm-up matches will be played among themselves, with West Indies taking a 14-man squad and 11 reserves on tour in order to facilitate this.

Strict isolation measures are in place for the tour because of COVID-19 and as a result, there will be no tour matches against county sides.

West Indies are currently wrapping up two weeks of quarantine at the biosecure facility at Old Trafford here, where they have also been undergoing intense preparation for the three-Test series.

Chase played a key role when West Indies recaptured the Wisden Trophy last year in the Caribbean, producing an astonishing spell of eight for 60 with his off spin in England’s second innings to inspire a historic 381-run victory in the first Test at Bridgetown.

With front line off-spinner Rahkeem Cornwall now a part of the squad, Chase said he was willing to play the supportive role.

“He’s definitely the number one spinner but I have no problem with that,” the Barbadian said.

“I’m always willing to do whatever it takes for the team. If I have to back him up or if I have to be the main spinner, it doesn’t really matter to me. Once we’re going in the right direction and winning cricket games or winning cricket series, that’s all that matters to me.

“It doesn’t matter if I’m number one, number two or number three – I just want to go out there and do well for the country and myself.”

West Indies are expected to rely heavily on a four-pronged pace attack in the upcoming series, with Chase’s role anticipated to be one of providing relief in short spells.

And the 28-year-old said he was ready to assume whatever role he was asked to perform, once it helped the team’s bowling plans.

“I’m willing to do whatever it takes for my team to be victorious or to be successful,” he noted.

“Last time we came to England it’s [long spells] something I had to do quite a bit of, so it’s not new to me. I’m looking forward to that challenge if it presents itself, if we go with the four-prong attack. But if not, I’ll just look to contribute to my team in any way possible.”

EU, China look to ease tensions, push on with business