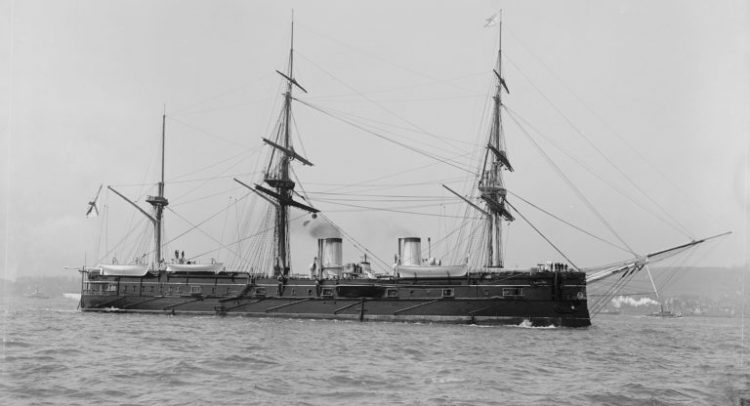 Warship carrying $130B in gold is found 113 years after sinking 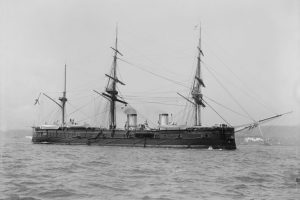 A sunken Russian warship believed to contain $130 billion in gold bullion and coins has been found off the coast of a South Korean island — 113 years after it was scuttled during the Russo-Japanese War, reports said.

A joint team including South Korean, British and Canadian explorers on Sunday found the wreck of the Dmitrii Donskoi more than 1,400 feet below sea level and a mile off the coast of the South Korean island of Ulleungdo, according to CNBC.

The Russian Imperial Navy cruiser was carrying about 5,500 boxes of gold bars and coins — weighing some 200 tons — when it went down in 1905.

Its exact resting place remained a mystery until two manned submersibles piloted by the explorers captured footage of the warship’s remains.

“The body of the ship was severely damaged by shelling, with its stern almost broken, and yet the ship’s deck and sides are well-preserved,” according to the Shinil Group, a Seoul-based maritime salvage group that backed the team, reported the South China Morning Post.

More than a century’s worth of undersea growth crusted much of the vessel, but the explorers identified it as the Dmitrii Donskoi when they spotted the name spelled out in Cyrillic characters on the stern, the Morning Post reported.

The 5,800-ton ship was built in St. Petersburg and launched in 1883, equipped with both sails and a coal-powered engine, the report said.

The Donskoi was badly damaged during the Battle of Tsushima in May 1905 and reportedly scuttled by its captain shortly before his capture so that the Japanese couldn’t seize the gold.

The Shinil Group aims to raise the ship in October or November, reports said.

An agreement has been reached to return half of any gold found to the Russian government, with portions of the remainder going toward business development in northeast Asia, according to the South China Morning Post.

About 10 percent would be set aside for tourism projects on Ulleungdo, including a museum dedicated to the ship.

Finally, it's all coming together for Jason Holder