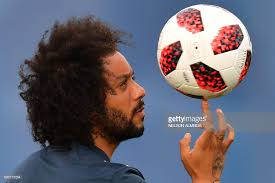 The World Cup hit the pause button today as the eight remaining teams geared up for the quarter-finals after England became the final side to qualify following a penalty shootout win against Colombia.

Neymar’s Brazil are the favourites to win a record-extending sixth World Cup at Moscow’s Luzhniki Stadium on July 15 but France, Belgium and Uruguay are all in their side of the draw.

Gareth Southgate’s England are the only former winners in the bottom half of the draw, along with host nation Russia, Croatia and Sweden.

England’s victory against Colombia on Tuesday takes Gareth Southgate’s team into what looks like a winnable match against the Swedes, who edged out Switzerland 1-0 in the last 16.

On a dramatic night in Moscow’s Spartak Stadium, goalkeeper Jordan Pickford made a key save from Carlos Bacca before Eric Dier’s spot-kick gave England their first-ever win on penalties at a World Cup at the fourth attempt – ending a jinx that has dogged them for so long.

The Sun tabloid coined his save the “Hand of Jord”, harking back to Diego Maradona’s “Hand of God” incident in 1986, when the Argentine used his hand to put the ball into the net against England.

“It’s the headline we have waited a lifetime to write… England win on penalties (Yes really!),” the paper said.

The largest British audience for a live sporting event since the closing ceremony of the 2012 London Olympics watched the shootout – 23.6 million viewers tuned in.

Southgate said he was already looking forward to Saturday’s quarter-final against Sweden in Samara, with a last-four clash against either Croatia or Russia up for grabs.

“This was special but I want us to go on,” said Southgate, whose own penalty miss saw England lose to Germany in the semi-finals of Euro 96 at Wembley.

“Sweden is another team we have a poor record against. We have underestimated them for years. They have created their own story and made history. I don’t want to go home yet.”

Janne Andersson’s Sweden have recovered well from a heartbreaking group-stage defeat by Germany, edging out Switzerland 1-0 in the last 16 thanks to a goal from RB Leipzig midfielder Emil Forsberg.

In the other match in England’s half of the draw, host nation Russia – riding a wave of euphoria after their shock win against 2010 winners Spain – face a Croatia side inspired by Real Madrid midfielder Luka Modric in Sochi on Saturday.