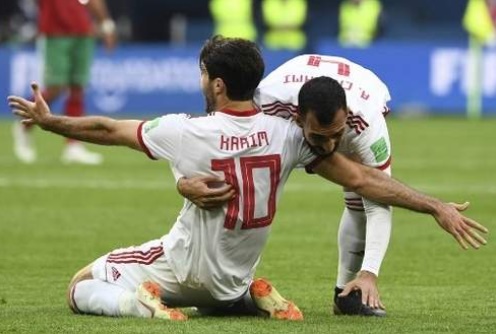 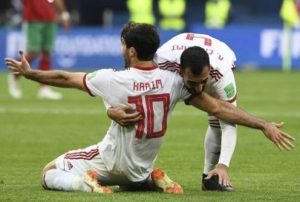 Iran was gifted a late 1-0 victory over Morocco in their opening World Cup match on Friday when Aziz Bouhaddouz headed into his own net five minutes into injury time.

The Group match B in Saint Petersburg had been heading for a goalless draw until Bouhaddouz’s unfortunate intervention as he tried to clear Ehsan Haji Safi’s cross but only directed it past his own goalkeeper.

Iran started with Sardar Azmoun in place of injured striker Mehdi Taremi for the opening Group B match against Morocco in St Petersburg.

Up front for Morocco was Ayoub El Kaabi, who only made his international debut in March but has forced his way into Herve Renard’s starting lineup.