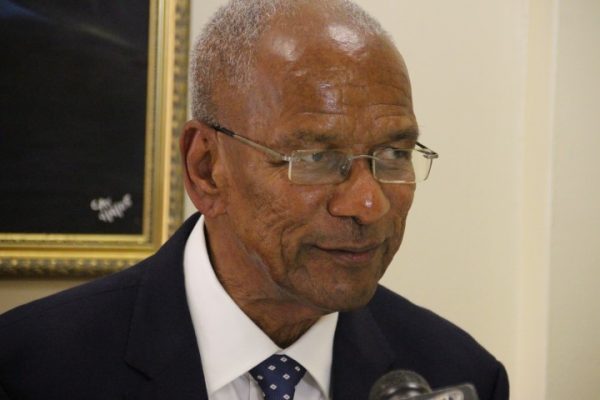 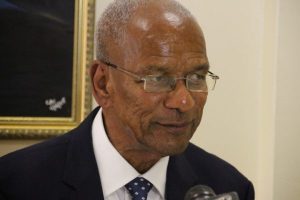 Currently, possession and distribution of marijuana of any quantity are illegal in the territory.

But, while speaking with journalists at a media conference on Wednesday, Premier Dr D Orlando Smith said government is reviewing those laws.

“I think we are at the moment discussing whatever possibilities there are from the use of marijuana,” the Premier said.

This was in response to questions on whether his government is socially open to implementing what was described as a ‘regulated and taxed marijuana system’.

Premier Smith said his government’s review will not only consider the possible financial benefits of recreational marijuana.

The Premier, who is also a medical doctor, said his Administration is also considering any medical fallouts of permitting recreational use of the drug.

While elaborating on government’s plans for the weed, the Premier said: “We’ll look at the possible benefits that may come out of medical marijuana. And when I say medical, I mean the medical use of marijuana and producing it for that particular purpose.”

The Premier’s statements come ahead of the territory’s first marijuana and hemp festival on the island of Jost Van Dyke next month.

Cultural stalwart and tourism icon Philicianno ‘Foxy’ Callwood is reportedly hosting the event to provide a platform for local discourse on the legalization of the drug.

In recent times, there have been increased calls for local marijuana laws to be reviewed.

Calls have come from Minister of Education and Culture Myron Walwyn as well as the Deputy Premier, Dr Kedrick Pickering.

On the other hand, Walwyn – who is also minister responsible for youth and for prison – wants marijuana to be decriminalised because several of the territory’s youth have been incarcerated and have generated a criminal record for having small quantities of the substance.

Caribbean nations such as Jamaica have decriminalised the weed, and under that country’s laws, persons found with two ounces or less of the marijuana will be ticketed instead of being criminally charged.