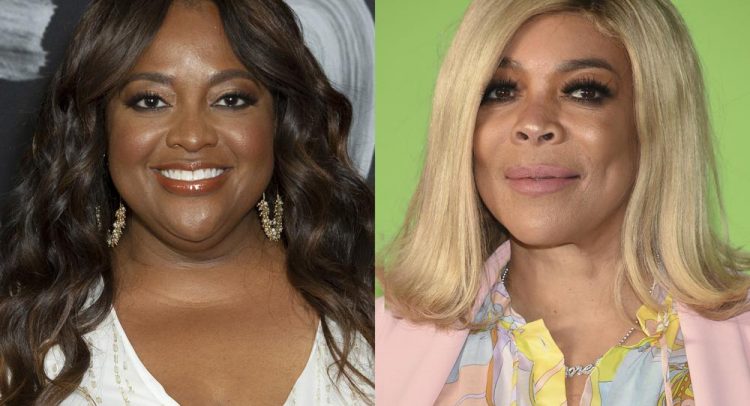 LOS ANGELES (AP) — “The Wendy Williams Show” will end because of Williams’ prolonged health-related absence and be replaced this fall with a show hosted by Sherri Shepherd, the producer of both TV programs said Tuesday.

The new daytime show, crisply titled “Sherri,” will “inherit” the time slots on Fox owned-and-operated stations that have been the backbone of Williams’ nationally syndicated talk show since 2008, producer and distributor Debmar-Mercury said.

“Since Wendy is still not available to host the show as she continues on her road to recovery, we believe it is best for our fans, stations and advertising partners to start making this transition now,” company co-presidents Mort Marcus and Ira Bernstein said in a statement.

“We hope to be able to work with Wendy again in the future, and continue to wish her a speedy and full recovery,” the executives said. They also expressed their “great love and affinity for Wendy” and admiration for her success.

The company declined to comment further on her recent health issues, which Williams herself has not discussed other than in generalities.

Williams knows “the reality of syndicated television — you can’t go to the marketplace and sell a show that’s the ‘Maybe Wendy Show,’” Bragman said, and understands the decision from a “business point of view.”

Reflecting the company’s statement, he said Williams has been assured that if her health rebounds — and she wants to host again — “she would be back on TV at that time.”

For Debmar-Mercury, the stability represented by Shepherd is especially important as changes in daytime TV near. Ellen DeGeneres’ long-running talk show ends this season, leaving its viewers in search of alternatives. The field already includes Drew Barrymore and Kelly Clarkson-hosted shows, with one led by Jennifer Hudson reportedly set for fall.

“OMG! I am so excited to have my dream come true and debut my very own talk show” in New York, actor-comedian Shepherd, a former co-host of “The View,” said in a statement. “Sherri” will combine her love of “pop culture, talk, entertainment and comedy,” she said.

“The Wendy Williams Show” has relied on a string of guest hosts, Shepherd among them, since the start of its 13th year last fall. Built on Williams’ popularity as a brash radio host, the show has been a success for Lionsgate-owned Debmar-Mercury.

Shepherd proved the most popular sub for Williams, Debmar-Mercury said, and the show’s ratings held up during her appearances. Production will continue on “The Wendy Williams Show” through the current season, with rotating fill-in hosts, including Shepherd.

She is the “perfect choice” for her own show and has already proven her appeal to the Fox audience, said Frank Cicha, an executive vice president with Fox Television Stations. He thanked Debmar-Mercury for navigating “an extremely trying situation.”

Shepherd, who appeared on “The View” before joining as a co-host from 2007-14, will remain as a co-host with the Fox TV stations’ “Dish Nation.” She’s acted from the start of her entertainment career, with credits including “The Jamie Foxx Show,” “Everybody Loves Raymond,” “30 Rock” and, recently, “The Sex Lives of College Girls.” She’s also had roles in movies: “Beauty Shop″ and the 2007 film “Who’s Your Caddy?”

Williams last taped her show in July 2021, when season 12 wrapped. Production on the current season was delayed last September because she had a “breakthrough” case of COVID-19, the show said at the time. Reasons for her continuing absence were not subsequently detailed.

Williams’ health didn’t intrude on her TV work until 2017, when she fainted during the show and took a three-week leave. Williams said in 2018 that she had been diagnosed years before with Graves’ disease, an autoimmune condition that affects the thyroid.

She has been blunt about her life, saying her longtime cocaine use that began in college made her a “functioning addict” before kicking the drug. However, on a March 2019 episode of her show, a tearful Williams said that she was living “in a sober house” and had a round-the-clock sobriety coach. She didn’t specify why.

In a video posted last week, Williams is seen strolling on a Florida beach as an off-screen questioner, whom she identifies as her son, Kevin Hunter Jr., asks about her activities — including plans to go to the gym — and how she’s doing.

While she’s taking a “break from New York,” where the show tapes, she will be going back “stronger,” Williams replies in the video. She also alluded vaguely to “things that happen to you” at about age 40, and “they go on from there.”

Some of Williams’ references in the clip, such as being 56 when she is 57, led to questions about whether it was recently made. A spokeswoman said that Williams simply misspoke.

Sherri Shepherd appears at the Los Angeles premiere of “Mr. Iglesias” on June 20, 2019, left, and Wendy Williams appears at the world premiere of “The Morning Show” in New York on Oct. 28, 2019. “The Wendy Williams Show” is ending because of Williams’ prolonged health-related absence and will be replaced this fall with a show hosted by Sherri Shepherd. Producer and distributor Debmar-Mercury says the new daytime show “Sherri” will “inherit” the time slots on the Fox network’s owned-and-operated stations. (AP Photo)

Oscars slim down, will hand out 8 awards ahead of broadcast