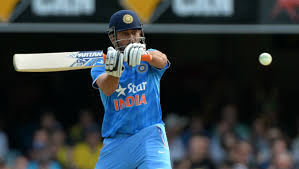 West Indies aim to put Bangladesh on the back foot early

West Indies and Bangladesh commence a two-Test series today with the hosts expected to continue the trend of greener, bouncier pitches and a pace attack seeking to put the visitors on the back foot from the outset.

Having dropped below the Bangladeshis in the Test rankings to number nine, there is additional incentive for Jason Holder’s team to win the series which begins in Antigua and move back up to number eight at the expense of their Asian opponents.

With the second Test to follow at Sabina Park in Jamaica a week later, the tourists would have noted carefully the quality of the playing surfaces for the just-concluded three-Test series against Sri Lanka, which ended on a bowler-friendly pitch at Kensington Oval in Barbados.

The Sri Lankans fought back to achieve a series-levelling four-wicket win, the first time a day/night Test was played in the Caribbean and the first time that a team from Asia had ever won a Test match at that famed venue.

Without ace seamer Mustafizur Rahman, who is still recovering from a toe injury, Bangladesh lack the firepower to match what the West Indies are expected to unleash over the two matches.

Shannon Gabriel, who topped all bowlers in the Sri Lanka series with 20 wickets, including a record-breaking 13 in the second match in St Lucia, will spearhead a pace line-up that will also include Holder, who took nine wickets in the defeat at Bridgetown, and the experienced Kemar Roach.

While Devendra Bishoo will again fill the role of specialist spinner, it is felt that all-rounder Keemo Paul will get the nod over the incumbent Miguel Cummins for the fourth and final seamer’s spot.In contrast, Bangladesh are relying on the experience of Rubel Hossain to challenge what has proven to be a very vulnerable West Indies top-order batting. It remains to be seen if the uncapped Abu Jayed is given the opportunity to share the new ball in conditions which may actually be encouraging for the 24-year-old.

There is no doubt though that the Bangladeshis’ main bowling strength at Sir Vivian Richards Stadium will rest in the spin department in the shape of captain and all-rounder Shakib al Hasan, off-break bowler Mehidy Hasan and off-spinning all-rounder Mahmudullah.

Shakib and Mahmudullah are among six players of the present Bangladesh squad with happy memories of their first visit to this part of the cricketing world in 2009 when they dominated the Tests and One-Day Internationals against a West Indies team severely depleted by a standoff between the premier players and the regional administrators.

Their last visit to the Caribbean though, in 2014, was a huge disappointment as the team led by Mushfiqur Rahim was no match for a full-strength home side.

This tour, which also incorporates three ODIs and three T20s, therefore represents an opportunity to show on foreign fields if they have really made meaningful progress after what has generally been a long and trying apprenticeship at the top level of international cricket.

Former captain Rahim, now relieved of wicketkeeping responsibilities, and opener Tamim Iqbal represent the fulcrum of the Bangladesh batting along with Shakib and Mahmudullah.

For the West Indies, the recall of opening batsman Devon Smith after three years off the international scene for the Sri Lanka series proved a failure and he is expected to make way in the final 11 for the first Test for Shimron Hetmyer to return at the number three spot. Kieran Powell is likely to move back up to open the batting with vice-captain Kraigg Brathwaite.

After they were routed for just 93 in the second innings in Barbados – their lowest-ever Test innings total at Kensington – the West Indies batting remains a source of major concern and could be exposed yet again by a varied Bangladesh attack that comes into this series confident that they have the quality to curb the Caribbean batsmen.

Whether their own batsmen can cope effectively with the West Indies pace battery is likely to be the critical factor over the two matches.