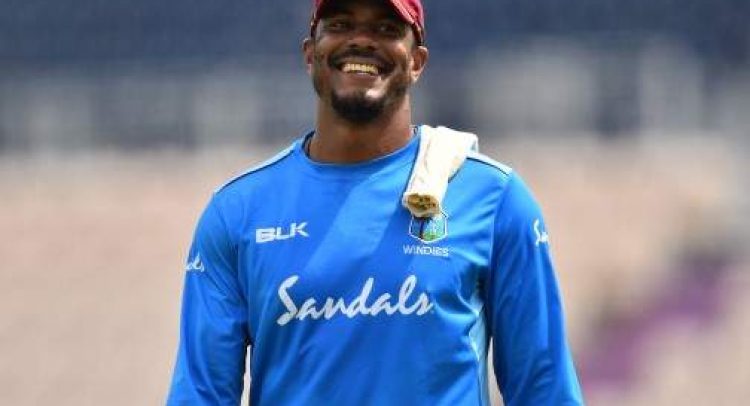 LONDON, United Kingdom (AFP) — West Indies fast bowler Shannon Gabriel has no plans to alter his on-field approach against England, saying a previous flare-up with Joe Root was “blown way out of proportion”.

Gabriel received a four-match ban after asking England Captain Root “Do you like boys?” during the third Test in St Lucia last year, with Root replying: “There’s nothing wrong with being gay.”

Only Root’s rebuke was picked up by the stump microphones during an England win that still meant the West Indies took the series 2-1.

But with next month’s three-Test series in England being played behind closed doors in response to the novel coronavirus restrictions, the microphones could hear everything in the middle, given the lack of any crowd noise.

Gabriel, however, was keen to put the incident behind him.

“I don’t really think about that too much, don’t want to harp on about it,” he told reporters in a conference call yesterday.

“The way they dealt with it was blown way out of proportion. I just want to move on.

“No hard feelings; I’ve come here to play cricket, whether it’s Joe Root or Ben Stokes or whoever, I’m going to do to the best of my ability to try to get them out not like targeting one player.”

The West Indies are quarantining and training at Old Trafford, the venue for the second and third Tests of a series that will start at Hampshire’s Ageas Bowl on July 8.

Gabriel, however, does not believe the special circumstances of a “biosecure” series will change players’ on-field mentality.

“You can’t get away from a little personal banter as long as it stays within the rules of the game and it’s not disrespectful. I don’t think much will change,” he said.

The 32-year-old, a veteran of 45 Tests, added: “When you step on the field you are playing for your country and if you are not going out there to give 100 per cent, I don’t think you should be out there.”

Tactically, too, Gabriel does not see a need for West Indies to change after their pace attack often proved too much for England in 2019.

“I don’t think the plan will shift too much from when we were in the Caribbean – we shouldn’t be fixing anything that was not broken,” he said.

Both Root and Gabriel could miss the series opener, with the England skipper waiting for his wife to give birth to his second child.

Gabriel is trying to overcome a left ankle injury that meant he was officially chosen as one of 11 travelling reserves rather than as a member of the 14-strong Test squad itself.

But ahead of next week’s West Indies practice match, Gabriel reckoned he was “85-90 per cent fit”.