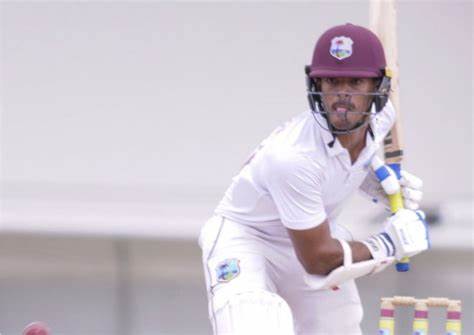 West Indies set 309 for victory in tour match in Australia

CANBERRA, Australia (AP) — Matthew Renshaw sent another strong message to Australian cricket selectors with an unbeaten century on the third day of a pink-ball tour match against the West Indies at Manuka Oval on Friday.

Captain Josh Inglis declared the Prime Minister’s XI’s second innings at 221-4, four balls after Renshaw reached his century with the Queenslander scoring 101 not out off 218 deliveries.

The West Indies were set 309 for victory and were 35 without loss at stumps after 16 overs, with Kraigg Brathwaite on 19 and Tagenarine Chanderpaul 15, requiring another 274 on the final day.

The day-night match is a key warm-up for the West Indies ahead of the first test against Australia, starting next Wednesday in Perth. The teams will play a second test — a day-nighter at Adelaide Oval — beginning Dec. 8.