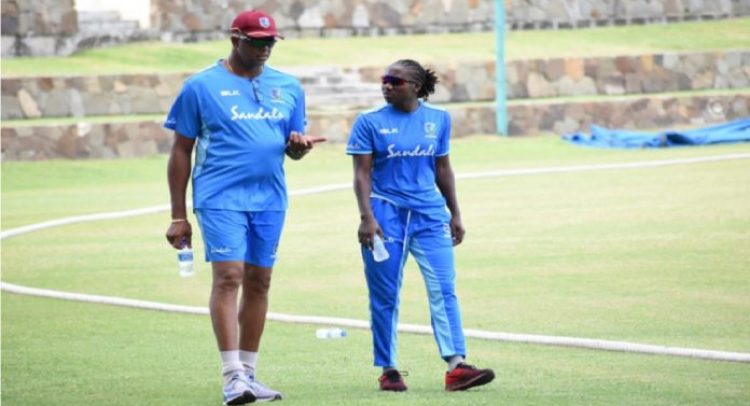 Twenty-four leading West Indies women cricketers will gather in Antigua from this weekend for a training camp at The Coolidge Cricket Ground.

The camp will be the first face-to-face assignment with the players for new head coach Courtney Walsh and his technical support team, who will conduct a three-week high-performance program for a mixture of senior players and new faces.

Cricket West Indies (CWI) has been working closely with the Ministry of Health and the Ministry of Sport in Antigua & Barbuda to orchestrate logistics and agree the safety protocols for the commencement and duration of the camp. All players and support staff were tested twice with negative COVID-19 results before their travel to Antigua.

The players and support staff will train and live in a bio-secure bubble for the duration of the camp, during which they will have four more tests conducted.

The preparation camp, running from today to February 1, kick-starts the year’s activities for the women’s team, a feature of which will be the International Cricket Council’s (ICC) Women’s World Cup Qualifiers, due to take place in Sri Lanka in July.

“It’s very gratifying that the camp can take place during this challenging COVID-19 period, as the players are excited about getting down to work. We have a good mixture of youth and experience coming into the camp and I’m especially looking forward to working with some of the younger talent we have coming through,” said Walsh.

Walsh will be joined by an experienced team of qualified coaches including former West Indies players Robert Samuels and Corey Collymore, and the camp will be also overseen by high-performance manager, Graeme West.

Walsh further added: “Also on the coaching side, we have Samantha Lynch joining us and she did her Level 3 coaching certification training at the same time as me, so I know her very well. This camp will be a good experience for her, and I expect her to quickly become an asset to the team. Also, we have Steve Liburd who went to England with the team last September, to help with the fielding, and Ryan Austin to focus on our spinners. I think we have a good blend of players and coaches and I’m looking forward to a great camp.”

Among the 24 players called up for the camp are some world-class performers: Stafanie Taylor of Jamaica; Deandra Dottin, Hayley Matthews, and Shakera Selman of Barbados along with Anisa Mohammed of Trinidad and Tobago.

Japhina Joseph, a right-handed batter from St Vincent and The Grenadines, is the newest member to be invited to the training camp. She impressed the selectors during the CWI Under-19 tournament in 2019. All-rounder Qiana Joseph from Windward Islands makes a return to the training squad along with teenager Steffi Soogrim from Trinidad and Tobago.

Vaccines could become available in second quarter of 2021