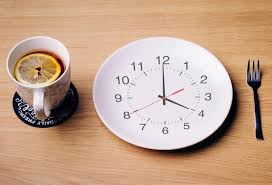 What Is Intermittent Fasting And Is It Actually Good For You?

By eating normally for several days a week and eating much less on the others, a person may be able to shift her body’s cellular and metabolic processes in ways that promote optimal health. And experts who study intermittent fasting say that while many blanks still need to be filled in, some of the positive health effects of intermittent fasting are no longer in doubt.

“There continues to be good evidence that intermittent fasting is producing weight-loss benefits, and we also have some evidence that these diets can reduce inflammation, they can reduce blood pressure and resting heart rate, and they seem to have beneficial effects on the cardiovascular system,” says Benjamin Horne, director of cardiovascular and genetic epidemiology at Utah’s non-profit Intermountain Healthcare system, who has published research on the effects of intermittent fasting. “[Intermittent fasting] is something that is moving into practice in the medical field, and it’s a reasonable approach for people who don’t like daily restriction of their calories.”

The bulk of the early research on fasting focused on weight loss. Studies comparing intermittent fasting (also known as intermittent energy restriction) to traditional calorie-cutting diets have found that people lose more weight on the fasting plans. They also seem to like the diet better; intermittent fasters tend to drop out of dietary studies at lower rates than calorie cutters.

“Intermittent fasting is a good option for weight loss for overweight and obese people,” says Michelle Harvie, a research dietitian with the Prevent Breast Cancer unit at the Manchester Breast Centre in the UK. Harvie has coauthored several studies on intermittent fasting, and her research has repeatedly shown that it outperforms traditional diets in terms of weight loss, reduced body fat and improved insulin resistance. She’s also found some evidence that intermittent fasting may beat traditional weight-loss plans when it comes to lowering a woman’s risk for breast cancer, and that, at least in rodents, fasting plans may disrupt or counteract the development of neurological diseases like Alzheimer’s and Parkinson’s.

Most of Harvie’s research has examined 5:2 fasting plans—or protocols that restrict calorie intake two days a week while allowing normal eating the other five. But she says there’s also promising research on diets that impose fasting every other day (usually referred to as alternate-day fasting plans), and also on time-restricted fasting, which are diets the restrict daily food consumption to a six- or eight-hour window.

“None of these have been studied head to head, but they all improve health,” says Mark Mattson, chief of the Laboratory of Neurosciences at the National Institute on Aging and a professor of neuroscience at the Johns Hopkins School of Medicine.

Mattson has published multiple studies and reviews on intermittent fasting. There’s evidence these diets bolster stress resistance and combat inflammation at a cellular level, he says. “People undergo a metabolic switch in which the liver’s energy stores are depleted, and so the body’s cells start using fat and ketones for energy,” he explains. This switch is a form of mild challenge to the human body that he compares to exercise; just as running or lifting weights stresses the body in beneficial ways, the stress imposed by fasting appears to induce some similarly beneficial adaptations. Whether you’re talking about physical activity or fasting, “these cycles of challenge, recovery, challenge, recovery seem to optimize both function and durability of most cell sites,” he says.

It’s also not yet clear whether there are any potential long-term risks associated with intermittent fasting, or if older adults or kids would benefit from these eating plans. Another unknown is whether intermittent fasting could increase a person’s risk for anorexia. But almost everything we’ve learned about intermittent fasting thus far suggests it’s likely to be beneficial for most adults, Mattson adds.