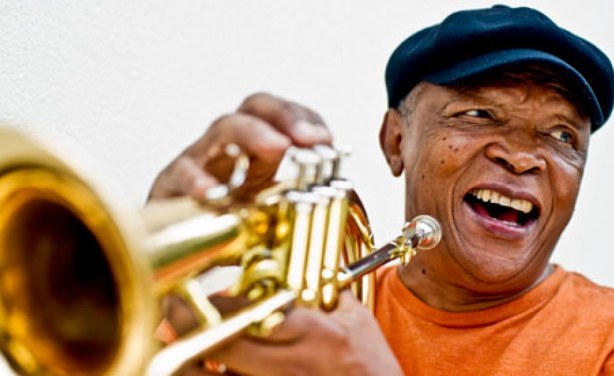 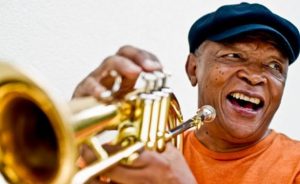 South African trumpeter Hugh Masekela had a genuine love affair with Jamaica. The activist and musician, who died in Johannesburg last Tuesday (January 23) from prostate cancer at age 78, last performed here in Jamaica during Reggae Sunsplash, at the Jamworld Entertainment Centre in Portmore, St Catherine back in 1993.

“We were trying to build a world beat concept for the festival. This did not do very well in terms of crowd support, but provided some great performances, and the Hugh Masekela set definitely stands out as one of those. We were looking for artistes who could straddle genres and provide us with a mix of jazz and African rhythms, and he did that and more. He had such a great rapport with his Sunsplash audience. He could put down that trumpet and just engage his audience in the best possible way… an excellent performer,” Burke told the Jamaica Observer.

But for Burke, his most enduring memory of Masekela was his warm and down-to-earth nature.

“We had heard certain stories about him and were preparing ourselves, but he proved them all wrong. He was absolutely easy to deal with… so undemanding for a musician of his legendary status. We spent quite a bit of time just laughing and talking and he was just a great guy,” said Burke.

Masekela was known for his jazz compositions and for writing well-known anti-apartheid songs such as Soweto Blues and Bring Him Back Home — one of the anthems which called for Nelson Mandela’s release from prison. He also had a number 1 US pop hit in 1968 with his version of Grazing in the Grass. He was also married to fellow South African musician and activist Miriam Makeba. The couple split in 1966 after two years of marriage; he subsequently remarried three times. Over the course of 54 years Masekela released 49 albums. He also collaborated in the musical development for the Broadway play, Sarafina and was nominated for three Grammy Awards.

“When I heard he died and really reflected on what a loss this is, I feel this loss… He stands stands out as a world-class act who came really loved Jamaica,” Burke noted.